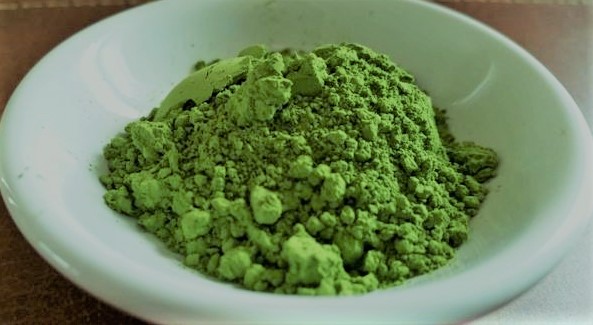 The formation of kidney stones in man comes as a result of the clumping of minerals found in urine over a long period. Some types of kidney stones are calcium crystals and magnesium or struvite which are the most common forms people experience, we also have uric acid, and cystine which happen to be the less occurring stone types. These kidney stones cause severe pain, make the passage of the flow of urine difficult, make way for series of infections to attack the body, and in the long run, it could lead to kidney failure.

As we have established, kidney stones pose a great issue to the health of many individuals in the world today. Some herbs have been discovered and proven to have great positive and beneficial effects on treating this problem and many have turned to use such herbs and benefited from them as well. But no matter what choice of herbs to be used, a kidney stone is a serious health issue and must not be taken lightly, therefore the doctor in charge should be notified and his advice sought before one begins to make use of any herbal treatment especially to be sure that they do not interfere with the ongoing treatment.

Conventional medications used to treat kidney stones usually leave the patients feeling weak and worn out because of the adverse side effects they possess. This is why medicinal herbs have been seriously considered to be used in the treatment of kidney stones. The use of these herbs makes it easier for the kidney stones to exit the body through the urine without them even noticing.

Some Kidney stone herbal plant include:

While black tea is shunned because it is said to be a causative agent for kidney stones, Green tea has been used in Asia for several thousand years for numerous and various medical uses. It possesses phytochemicals and polyphenols that work to eliminate kidney stones. Green tea also has antioxidant properties that make the dissolving of kidney stones easier.

Lemon has citrate, a chemical compound that has been known to be good for handling calcium type of kidney stones. Squeezing a few drops into water and drinking regularly will help to achieve this and also maintain overall health. Citrate functions by breaking down the calcium kidney stones into smaller fragments which makes it less difficult for them to be passed out of the kidney.

The acetic acid contained in basil functions to breakdown kidney stones and ease the pain it brings along.  This herb has been used by traditional health practitioners for both the easing of digestive and inflammatory disorders. Little research has been carried out to prove the fact that basil juice actually has the ability to treat kidney stones, but since it contains antioxidants as well as anti-inflammatory properties, it should be great for keeping the kidney intact.

Be careful though, because using basil juice for over 6 weeks at a stretch could lead to health issues such as low blood sugar, reduced blood increased, and then bleeding more regularly.

Madder is made up of such great compounds as glycosides, triterpenoids, anthraquinones, saponins, quinones, and tannins which are all very super and effective chemicals commonly found in plants. All these chemicals assist in the dissolving and decreasing of already formed or about to be formed calcium kidney stones. This very close relative of the coffee plant also protects the kidney from harm with its antioxidant properties.

The mastic tree is a herb used and known by many for its medicinal qualities. More recently, it has been discovered to possess some specific abilities or properties that protect the kidney cells that are stressed out from dying while at the same time reducing the possibility of kidney stones appearing.

Dandelion root has been used repeatedly as a tonic for the kidney. Regular consumption of dandelion will assist the kidney to be healthy and stronger since it makes more bile get produced which serves a function of removing waste from the body, make urine passage out of the body more regular and balanced, and even better make the digestion process faster and less hectic. The vitamins such as Vitamin A, Vitamin B, Vitamin C, and Vitamin D all contained in dandelion as well as the minerals like potassium, iron, and zinc have been discovered by studies to prevent kidney stones from occurring.

Dandelion juice can either be homemade or gotten in form of tea bags in stores. Add a drop of orange peel, ginger, and apple to the homemade drink and take 3 to 4 cups per day for better results.

But it has also been noticed that dandelion causes some side effects such as heartburns when they use dandelion, therefore it is important to consult with the doctor before this herb is used for any purpose to be sure it does not clash or interfere with any other drugs being taken or used as at that moment. But for the records, people using the following drugs should stay away from dandelion at all costs :

This plant known to some by its botanical name Solanum xanthocarpum is very commonly used in Indian traditional medicine. Its strong antioxidant properties combined with it being a diuretic has made it well valued. Research has discovered that when this plant is used, it prevents the formation of kidney stones by increasing the production of a cellular molecule that protects which is glutathione.

Ammi visnaga belongs to the same family as the carrot does and has its roots and origins deep in Egypt. It functions to effectively dissolve kidney stones that are a result of either cysteine or calcium stones.