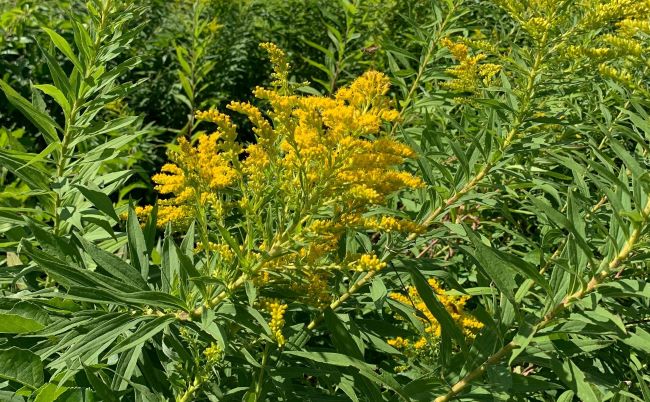 Wounds either open or closed can be a terrifying sight to see and also cause severe pains to the bearer. Open wounds most especially, are a nightmare as well as a scare, and it is not just about them being painful alone, they also constitute a whole lot of mess and sadly take a very long time to heal. They also leave permanent marks and scars on the skin.

There are so many homemade ointments that can be produced in the comfort of the kitchen that works amazingly well compared to those ointments sold over the counters which are not as reliable as the natural ones. Some of these ingredients that have become powerful healers of wounds because of their healing properties are commonly used in cooking.

The good thing about these home treatments and solutions is that they not only clean the wound better, they also disinfect them. And as long as they are used properly and at the right time, results will be gotten in no time.

When dealing with any wound,  always ensure that the instructions outlined or given by a doctor are followed to the letter. However, several supplemental strategies help bolster the wound care process. For instance, certain vitamins and minerals can maximize your body’s wound healing mechanisms. That includes vitamin A, which is rich in tissue-building collagen, and vitamin D, perfect for fighting off infection.

Many individuals have realized that alongside vitamins and minerals, certain herbal options can be a great addition to the treatment of wounds. Studies in India discovered that when combined with traditional treatments, herbs and plants can improve most wound therapies.

Here are some examples of very effective home remedies for herbal wound healing to ensure quick healing and prevention of infection of the wound. It is of great importance to note that these herbs work best with treatments on minor wounds. In case of major injuries, please resort to medications under supervision.

Yarrow which has similarities to the chrysanthemums has been used as a means of treating medical conditions since the ancient Greek period. It is also very effective in treating digestive issues and problems because it contains high concentrations of flavonoids or specialized pigments.

Numerous studies have proven and shown that yarrow is very effective in and for the treatment of wounds and even burns that are not so severe. Another study also indicates that the look or appearance and contraction rates of rabbit wounds were improved greatly by yarrow, thus showing its effectiveness not only on the human body but also on animals. It was also noted that yarrow has a few possible interactions, including blood pressure medication, lithium, and blood thinners.

This brightly colored yellow flowering plant has been used for ages as a traditional medicinal cure just like yarrow. In previous years and in the past, Goldenrod was used to treat patients who had diabetes, tuberculosis, gout, asthma, and hemorrhoids. It was also used in treating bleeding issues because it has anti-inflammatory properties and qualities. This is due to the presence of both flavonoids and saponin which is a soap-like chemical that turns into a foam. Goldenrod is most commonly used in a special mouthwash, which helps to treat inflammation associated with pharyngitis also known as a sore throat.

Calendula looks so much as marigold does, but while marigold has just its beauty to offer, Calendula offers much more than beauty. It has many medicinal purposes. Although it’s usage hasn’t been for years or ages as yarrow and goldenrod have been, it is a regular herb used commonly in treating ulcers, menstrual cramps as well as skin problems, or skin diseases. Since it also contains a lot of flavonoids, it is now a very common and popular supplement used for the treatment of wounds. Some individuals who have studied this plant also believe that calendula increases blood flow, thus leading to the healing of wounds faster as well as the growth of tissues for better healing effects. These flavonoids also act as a protection against viruses and bacteria thus making them very important.

Garlic, a very common herb used for many purposes including cooking has been well known for its anti-microbial and antibiotic properties. It has the ability to cease bleeding, reduction of pain as well as increasing the rate of healing. Another interesting thing garlic does is to boost the body’s natural defenses against infections by increasing the immunity of the body and strengthening the immune system.

Turmeric, just as garlic is a well-known spice used in the kitchen for cooking purposes. Bit it is also a natural antiseptic and effective antibiotic agent that has been used for several years for medical purposes. The curcumin which is present in turmeric is what makes it possible for Turmeric to be a wound healer and it does this by modulation of collagen. It has been proven that bleeding also stops immediately after turmeric is applied to the wound and if a glass of turmeric is drank every night before sleep, the wound will heal totally.

Aloe vera also called the Lilly of the Desert, originates from Africa. The Aloe vera extracted aloe vera gel has some beneficial properties that have the ability to reduce or decrease inflammation, thus leading to mature granulation of tissues which helps to increase the rate of wound healing. It also decreases blood glucose which can be beneficial in diabetic wounds. Applying aloe vera on the surfaces of minor burns is very useful and effective and harmless since there are no over-sensitive reactions, or such over-sensitive reactions are very rare. But, caution needs to be taken when using aloe vera on severe burns because it has very harmful effects and might actually prevent the burn from healing.

The gel-like substance contained in aloe vera has been analyzed and known to contain 96% of water and essential oil, amino acids, minerals, vitamins, enzymes, and glycoproteins. Aloe vera gel helps and assists in the wound healing process because of its anti-inflammatory properties. Aloe vera extract contains tannic acid and a type of polysaccharide that helps the wound healing process.

Aloe vera extract shows beneficial effects on wound healing by decreasing the inflammatory phase and supplying more mature granulation tissue which finally promotes healing and may be caused to produce a sound well-remodeled scar. The Aloe vera leaf gel has beneficial effects on wound healing by antioxidant properties which can be attributed to some compounds including indoles, and alkaloids.

The spectrophotometric analyses show that Aloe vera contains non-flavonoid polyphenols compounds phytosterols, and indoles that may encourage the symptoms related to diabetes. These compounds also show antibacterial properties which may help to alleviate the wound healing in infected wounds have reported the different mechanisms for wound healing of Aloe vera which mainly attributed to enhancing collages turnover rate and level of lysyl oxidase.