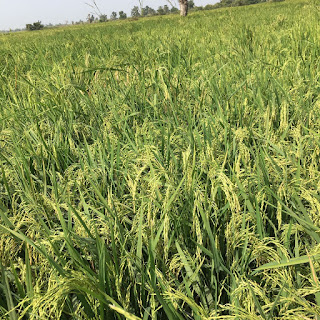 Animal feeds are classified into two main categories, namely:
• Concentrates.
• Roughage
Thisclassification is based on the utilization and nutritional composition of the feedstuffs and the palatability of the feedstuff to the animals.

What is Roughage and Concentrate feed?

Concentrate feeds are animal feeds that are low in fiber but high innutrients like protein and energy. They are very palatable to virtually all animals and contains balanced nutrient composition to ensure animal growth and development. They are very palatable, especially to simple stomached animals like poultry.
Roughagesare bulk feeds with low weight per unit of volume. They are animal feeds that are high in fiber content and low in digestibility of nutrients like protein and energy. The fiber content of roughage is between 18% and above. Fibers are structural substance in feed, they are carbohydrate in nature and consists of cellulose and hemi-cellulose. Roughages are generally low in readily available carbohydrate as compared to cereal grains. Fibers are not easily digested by simple stomached animals like poultry and young ruminant.
The palatability of roughages is based on the digestive system of the animal, a farmer must understand the structure and function of the digestive system of the animal he mans. This will determine their feed consumption and utilization. Feeding poultry with roughages is very detrimental to their productivity as their digestive system is simple and cannot accommodate the complex nature of roughages. Though, there are some simple stomached animals that can utilize roughages well; this is possible because of the possession of a functional cecum in the animal digestive system. Examples of such animals are: pigs, rabbit, horses; others like poultry birds have non functional cecum. The utilization of roughages is dependent on the digestive system of the animal.

Ruminant animals are animals with four stomach compartments; the rumen, omasum, abomasun and reticulum. All these play active role in the digestion of feed by ruminant animals, especially the rumen. Roughages are best utilized by ruminant animals; roughages maintain the structure, activities and microbial population in the digestive tract of a ruminant animal.  A minimum level of roughage is necessary to keep the rumen functioning as it should be;  By the virtue of the complex nature of the ruminants, they can gleefully utilize roughages; but not all ruminant animals, only the older ones with matured rumen; serving young animals roughage is like giving them poison, it is best they do not eat than eating roughages because it will inflict upon them pains like sore in the mouth. Their digestive system is not fully matured and cannot utilize roughages well. Serving them concentrate feed at this stage is the best.

How much Roughage does a ruminant need?

The specie of the ruminant determines the amount of roughage to be added in the animal feed. What makes roughages digestible is the rumen; animals with large volume of the rumen, like cattle, require larger amount of roughages. Roughages are either fed in a fresh, dried or ensiled state. The nutritional value of roughage depends on the plant species and other agronomic factors; the protein content varies from 2% – 30% on dry matter basis, however, the protein content of legumes is higher than the content of the grasses. Also, the mineral content of roughages is greatly influenced by the mineral composition of the sown soil; roughages are higher in fat soluble vitamins and are also good source of B-complex vitamin.

Roughages are natural feed for herbivores animals, and comprise over 50% of all feedstuffs fed to livestock animals. Unlike other livestock animals, ruminants have the ability to degrade the fibres in plants and metabolize them to produce meat and milk that are consumed by humans.