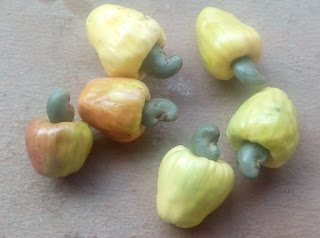 Cashew production is one of the fast-growing crop enterprises. The economic value of a cashew tree is increasing at a spontaneous rate owing to the health benefits that have been recently discovered in cashew nuts and cashew apple.

One of the prominent features of cashew fruit is the presence of zero cholesterol in its nut. A cholesterol free diet is a healthy diet as it reduces the risk of high blood pressure.

Cashew apple juice is a very rich source of vitamin C and cashew wine. Residue from cashew apple can be used in the formulation of livestock feed, like snail mash, poultry feed. Cashew shell can be used as fuel as it contains CNSL resin (CASHEW NUT SHELL LIQUID). These are parts of the new discoveries that are boosting the economic value of the cashew tree.

Cashew is a native of South America; it is widely and commercially grown in Asia, Australia, South America, and Africa. The largest producer of cashew in the world is Vietnam, contributing 28.1% of the global production. Nigeria, India, Cote d’Ivoire, and Brazil are also frontiers in the production of cashew. 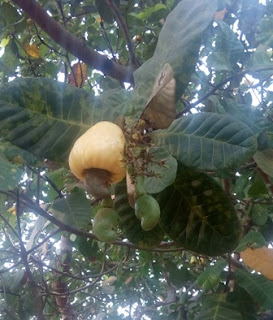 Cashew is a hardy crop. It is well adaptive to diverse weather conditions. It is the most tolerant crop that can grow in both acidic and alkaline soil condition. The cashew tree yield is greatly dependent on the nature and kind of management practices employed, this applies to all crops.

These practices are just 3 but they encompass all other management practices.

Pruning is the management practice that involves trimming a plant to the desired shape. Pruning is done for several reasons; some of them are:

All these are applicable to cashew production. Pruning is essential as your cashew tree gets older. This is because the older your tree, the more branches it tends to develop and the yield increases. At this point, you need to prune your cashew tree such that the canopies are uniform and distinct.

Cashew, like humans, is a “jealous crop”; it abhors it when the canopy of another cashew tree touches it. In fact, it has been observed that where two canopies of different cashew trees meet, that particular branch on the two trees will not produce fruit. Hence, pruning is very crucial to keep the cashew plantation in the right shape.

Even when you adopt the best spacing, say 10m-15m by 10-15m, you still need to prune because cashew trees produce large branches as they grow. You must be very cautious with the pruning; do not prune a cashew tree when it is flowering or producing fruits, you will kill the tree totally.

Pruning should be done at the vegetative stage and not the reproductive stage; in other words, prune during the off-season when only the leaves are present.

Selective thinning is another important management practice in cashew plantation. Thinning is the removal of weak, diseased or less-vigorous plant from a plantation or field. As your cashew plantation develops, it is very possible that it is attacked by disease or infested by insect pests, especially when the plantation is still young.

The best solution to such threat is to selectively thin-out the affected tree to avoid the spread of the pathogen to other healthy trees in the plantation. Spraying may not be cost effective as it will be difficult to cover the whole plantation during spraying.

This practice is the most important in all agricultural enterprise; unfortunately, it is the most neglected. In agriculture, ignorance is not a problem but negligence is a great problem. You need to take an adequate record of each cashew tree in your plantation.

It makes your plantation a productive and competitive one. Record keeping is crucial in agriculture; it helps you make productive decisions and also access loans from the government.

Cashew production is a lucrative agricultural enterprise with a high prospect, especially in the global market. The demand for cashew nut in Europe is increasing at an alarming rate on a daily basis. These 3 management practices can be categorized as post-planting operations; negligence of any of them can mar your cashew plantation.

Adopt these practices and see your plantation blooming year-in-year-out.