Prospects Of Cashew Farming In Nigeria (2019) 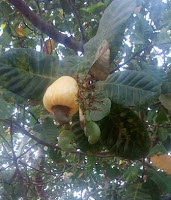 It may sound very funny but believe me, you can be a millionaire within a year from cashew farming. The future of agriculture lies on tree crops and not cash crops, if I may say. Tree crops like cashew, orange, cocoa, and others are more profitable and valuable than other crops, especially in the international market. These crops have more market value; they are the most promising means of earning foreign currencies in agriculture.

Nigeria is one of the top producers of cashew in the world, yet the global demand for cashew is increasing at an alarming rate, this provides the opportunity for more cultivation.

According to Sotonye Anga, the spokesman of Nigeria Cashew Association (NCAN), between February and December, 2017, Nigeria exported 220,000 tons of cashews generating about $402 million. Cashew is a global essential commodity; Nigeria cashew is mainly exported to Vietnam, other countries are China and India, to mention a few.

Here is where you are needed:

Nigeria Cashew Association (NCAN) plans to generate $650 million from the exportation of cashew nut by 2020, the target is 500,000 tons annually. This output will make Nigeria the second largest cashew producer in Africa, after Cote D’Ivoire.

This is a huge opportunity for prospective farmers or investor with a penchant for agriculture. Cashew is one of the easiest crops to cultivate; it is not laborious and relatively less capital intensive. A hectare of cashew will produce at least 1.5 to 2 tons at about 3-5 years of age, the beginning of fruiting.

Do you know the current price of a ton of cashew in Nigeria?

Why is cashew this valuable? 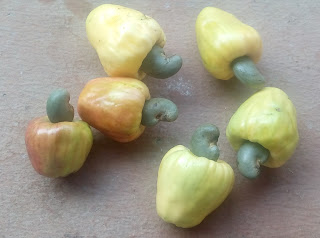 Farming is becoming more interesting as people are now delving towards eating nutritious foods that prevent them from deleterious diseases. Curing diseases is expensive but preventing a disease is one of the cheapest things you can do for yourself.

Eating a single cashew nut will make you healthy and greatly boost your immune system. The massive health benefit of cashew nut has made it a cynosure of all eyes across the globe; also, not only in the local market but in the global market as well.

Cashew nut is one of the healthiest foods on earth; take a look at some of the benefits of eating cashew nut:

Cashew is very easy to cultivate. Remember it’s a tree crop; it takes about 3 years to maturity and fruiting. The most fascinating aspect about cashew cultivation is that your profit increases annually because the value of cashew is greatly increasing. The older your plantation, the more fruits it produces annually.

Harvesting cashew starts around mid-January, before the rain starts and harvesting continues till February or at times March.

Management of cashew is very easy and not labor intensive like other crops. Weeds, being a known pest for all crops, are not really a problem in cashew cultivation. Weeding is done during the first year only, once they grow to a reasonable height and have branches, they will automatically suppress the weeds.

Pest control is zero to none in cashew cultivation as cashew is a repellant, thus, worry less about pest invasion. Fertilization is very important to increase your yield, especially at the tender age. The fertility of the land you want to plant on is crucial; ensure you select a fertile land.

The benefits of cashew aside the economic benefit is enormous.  These are the virtues surrounding the economic value of cashew in both the local market and the global market.