Types Of Weeds And Effective Methods Of Weed Control

Weeds are great threats to successful crop production. Weeds are deleterious and the harms they cause are enormous; starting from their unruly competition for nutrient, space, water, and air with the sown crops, they also harbor pests which in turn cause devastating crop diseases, thus, reducing the quality and quantity of the sown crop. But do you know you can use insects to control weeds? Have you heard of mycoherbicides? If no, relax and get liberated as you read through this article.

Weeds, directly or indirectly, increase the cost of production of most farmers; such that, at the end of each production, farmers are left with little or no profit. The issue of weeds is a very important issue in crop production.

Farmers have been trying their best to ensure the eradication of weeds from their farm but most times, the hardy and aggressive nature of weeds render their efforts futile.  A good farmer needs to understand and define weeds.

So what are weeds?

Weeds are crops growing out of place; weeds are unwanted crops. After successful land preparation and planting, weeds emerge. You may wonder why weeds are so “stubborn and oppressive”; this is because weeds are persistent and difficult to eradicate.

A good example is the Cyperus spp. Some weeds produce a large number of seeds, like Amaranthus spinosus, their seeds are very tiny and can survive for a very long period of time under the soil.

A farmer may plant maize and sees Talinum triangulae (waterleaf) on the farm; he feels the waterleaf is an edible vegetable and decides to spare it. This practice is detrimental to the maize plant because the waterleaf, in this case, is a weed and should be eradicated.

If any crop grows spontaneously in the midst of your sown crop, such crop is a weed and should be eradicated; even if it is edible, it should not be spared. Competition with the sown crop is still manageable but its ability to habour pest makes it unwanted and makes its eradication imperative.

There are different types of weeds that can be found on the farm; they are categorized into 3 forms based on the shape of their leaves, namely: 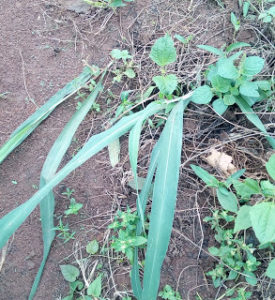 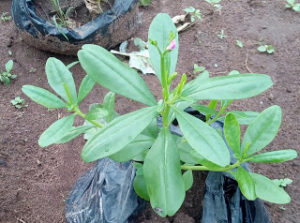 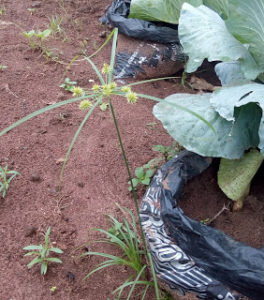 Effective weed control is fundamental and starts from the land preparation. There are several ways of controlling weeds. They are:

Cultural method of weed control is an indigenous approach to reduce the presence of weeds on a farm. It is also an option for organic farming as it does not involve the use of chemicals. It is basically a preventive measure of weed control. It is also very effective when done as required.  It involves:

Biological weed control is the use of other organisms to suppress weeds. It is another option for organic farming. Biological control of weeds involves the use of the following:

This is the widely used method of controlling weeds. It is quite controversial as its detrimental effects are becoming more pronounced. Chemical compounds used in controlling weeds are called herbicides.

Weeds are pests to crop production; it is imperative a profit-oriented farm proffer an effective way to manage weed control to attain optimum yield and reasonable profit. Remember to share this as wide as possible for others to benefit from it just as how you have benefitted.