THIS FRUIT IS CALLED THE KING OF FRUITS 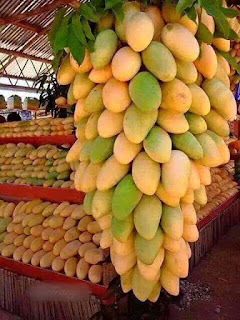 Everyone is familiar with the king of the animals, unarguably the Lion; this is as a result of its magnificence and elegance. Coming to the plant kingdom; this fruit has been crowned the king of fruits,

it is a Mango. This title emanated from the Asian country, India. Generally, mango has gotten people’s eye as a result of its fragrance and sweetness. In India,  It had been used in different past historical events, socially and culturally, aside from the fact that it is sold for sustenance by Indian farmers.

Mango has been in existence since about 20-30 million years ago in India; it had been greatly reverred that the name of its varieties had been used to bestow honorary title upon any outstanding citizen in the early age. Also, when the great Alexander fought the famous battle with king Lotus, he went away with several varieties of the delicious mango fruit as parts of his war bounties. As part of its religious engagement in India, mangoes came to symbolize faith and prosperity amongst those that shared common belief in Buddhism. Also, mangoes were exchanged as gifts amongst the early Buddhist rulers. During this period, Buddhist monks did travel with mangoes to any part of the world; thus, making it more popular.
Mango festival is being celebrated in some parts of India, like: Ahmedabad, Lucknow, Allahabad, Delhi, and Goa;  mangoes are now incorporated in the social and cultural legacy of India. Different varieties of mangoes have been developed in India; mangoes are well adapted in India, thus, making India the largest producer of mango in the world.
With the social and cultural influence of mangoes in India and its wide acceptability across all tribes and nations in the world, Mango is regarded as the king of fruits.