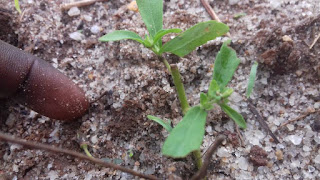 Appreciate nature and revere the creator of plants and animals for his unfathomable love for humanity. Plants and animals were created to serve as food and also heal humans. Several plants have been discovered to be of great benefits to man, to nourish humans and also protect life-threatening illness or diseases; lots have been discovered while the surplus is yet to be discovered. Part of these blessings is the stevia leaf gotten from the stevia plant.

Stevia leaf, botanically called Stevia rebaudiana, is a low-calorie sweetener that has antioxidant and antidiabetic properties. It’s been approved by the U.S. Food and Drug Administration (FDA). Stevia leaf is a non-carbohydrate Ancient sweetener; it is a small leafy herb of South American origin. Stevia was discovered about 1500 years ago by the people Guarani of Paraguay.

It is commonly called honey leaf plant, sweet leaf, sugar leaf in different countries across the globe. Sweetleaf organic stevia plant has been discovered to be of huge health benefits aside from its sweetening property. Stevia is 300 times sweeter than sugar when refined; it has displaced cane sugar in several parts of the world, especially in East Asian regions and South American countries with China being the highest exporter of stevia products.

Aside from having a good sweetening ability, it also contributes greatly to the fortification of human health. These are parts of the reasons you should use stevia instead of cane sugar.

The use of stevia plant as a natural sweetener has been endorsed by the World Health Organization as safe and beneficial to humans in 2006. An official statement was released to affirm this verdict: “stevioside and rebaudioside A are not genotoxic in vitro or in vivo and that the genotoxicity of steviol and some of its oxidative derivatives in vitro is not expressed in vivo”.

On December 3, 2018, PureCircle, is the world’s leading producer and innovator of stevia sweeteners disclosed that it has discovered high content of proteins, soluble fibers and antioxidants in the stevia plant and plans to begin the commercial production and sale of these new stevia ingredients in the second half of 2019.

Stevia is a naturally sourced,  zero-calorie sweetener that can be grown in both temperate and tropical region but well adaptive to the temperate region. It is a small plant that grows up to 2-4 feet. The stevia plant is a  good alternative to sugar as it is calorie free; it can be dried or crushed to replace cane sugar in foodstuffs like tea, sweets, sauce, confectionary, and soft drinks. It can be added to jam, yogurt, ice creams, desserts, chewing gum, sweeten bitter medicines.

The sweetening effect in stevia leaf is produced by steviol glycosides, mainly stevioside and rabaudioside; these compounds are 300 times sweeter than sugar. They are heat stable, pH stable and not fermentable, thus, making it have a longer shelf life. In all ramifications, stevia leaf is better and should be used as a sweetener instead of cane sugar.

Processing and preparation of stevia leaf

People often ask; is stevia leaf extract safe during pregnancy? Yes, it is.  Stevia leaves have been recommended for pregnant women and diabetes patient as it contains no calorie and it is non-carbohydrate. It is safe to use and has numerous health benefits.

The Admin 0
Historically, herbal remedies have been used for their beneficial effects during pregnancy by medieval midwives, though most ...

The Admin 0
Herbal remedies for broken bones are many and integrate them into your diet in order to not ...

The Admin 0
There are many health benefits associated with Shea butter when used topically, since the product works as ...