SIGNS OF HEAT IN CATTLE 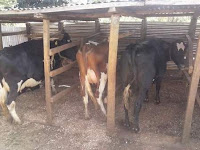 As a cattle farmer, one of the important records you must keep is cow heat cycle calendar. Cows are the most valuable input in cattle production; this is why a cow is apparently more expensive than a bull. Cow increases the herd size by bringing new offspring called calves to life with the aid of the bull through a process known as mating or AI, artificial insemination.

Artificial insemination, AI, is the mating of cow and a bull without the physical presence of the bull; this is an advanced mating process of cattle. It is an improved breeding process; only the bull semen is collected and inserted into the cow at a specific period. This period is known as the heat period.

The signs of heat in cattle

Heat period is the time a cow is ready and willing to mate. Mating during this period often results to pregnancy; hence, a good herdsman will always keep proper record of the cow heat cycle through his calendar. Also, the heat period is the best time to ai cows, since the aim is to achieve successful conception.

Heat period is commonly known by some signs the cow exhibits; it is these signs the herdsman needs to watch out for. However, these signs are only noticed or observed when the cow is sexually mature.

Heifers after puberty and non-pregnant cows should come in heat every 3 weeks or 18 to 23 days. So when the cow heat cycle is known through the calendar, it is easier to keep an eye on the animal 18 to 23 days later to see if it comes in heat. In case of ai, this period is the best time to inseminate.

Normal heat lasts about 8 to 12 hours. It is therefore advisable to observe cows at least three times a day for some 10 to 20 minutes for signs of heat. Bulls are the best detector of heat; but mostly, bulls are kept apart from the cows, so the farmer has to recognize the heat signs.

When cows are grazing, it is quite easy to detect anyone on heat. One of the obvious signs is: other cows will mount her. However, it is quite difficult to detect if cows are housed, but if the animals can walk around, they can still mount one another.

Most difficult is when cows are tied in a stable. Then the farmer must be more watchful to detect other signs like restlessness, bellowing and check whether the vulva is swollen and red.

Heat signs in cattle are:

After heat, there may be a bit of bloody mucus discharge on the hindquarters and the tail.

At times, there are several complications in heat detection mostly when cow not coming in heat as a result of environmental conditions. Under conditions with high ambient temperatures, cows often show signs of heat during the cooler hours of the day, especially at night.

In hot climates, heat is of a shorter duration, 6 to 8 hours, making detection more difficult to detect. Frequent observations, particularly during early morning and late evening will help. Cows that are not healthy will not come in heat or will not exhibit clear heat signs.

The same applies to cows in a poor condition or losing body weight because of inadequate feeding, high milk production in the period after calving, or disease.

Heat signs are only exhibited by mature female cattle, usually above 12 months of age. A good herdsman should note these signs for breeding purpose. Heat period is an opportunity to multiply the herd, do not miss it. 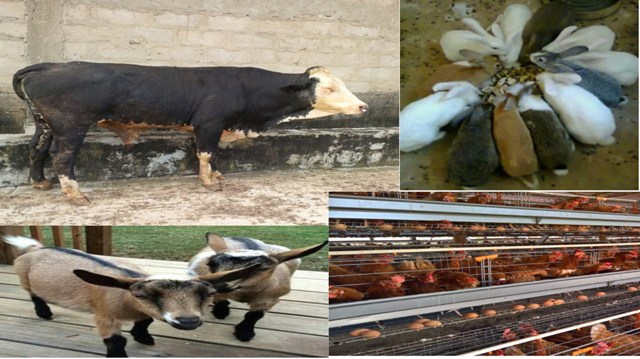 Agbabiaka AbdulQuadri 5
Technology has played a prominent role in the development of different industries, agriculture is not left out. ...

The Admin 10
It is an established fact that feeding in livestock production takes the lion’s share of the total ...

The Admin 2
Salt as an essential commodity, not only to humans but animals and other living things. In animal ...