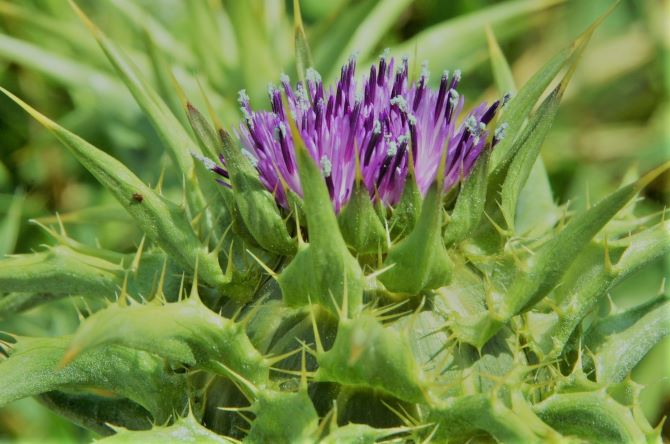 Liver disease in its chronic stage has become one of the major causes of worry concerning health all over the world today. Unfortunately, liver cirrhosis has made its way up the ladder to become the 9th leading cause of death in countries all over the world especially in the Western world.

The treatment of diseases related to the liver such as chronic viral hepatitis B and C, alcoholic liver disease, non-alcoholic fatty liver disease, and hepatocellular carcinoma have had little or no effect when done with western medications. Apart from not being effective, these treatments are also very costly, painful, and have adverse effects most of the time.

That is why most individuals have started to look towards herbal remedies leading to research and studies being carried out to confirm these herbs actually have a positive impact in treating diseases associated with the liver. It was discovered that treating liver diseases with plant-derived compounds is better and easy to carry out because they are accessible and do not require laborious pharmaceutical synthesis.

Herbal products have great appeal to patients because they do not have any side effects, do not have strict governmental regulations, and a very natural in both treating and preventing diseases. They are also safe and harmless when taken in moderation and seem to work faster and be more effective than conventional medicine.

For thousands of years, Silybum marianum (Milk thistle) has been used to treat various forms of liver diseases. It consists majorly of the flavonoids silibinin, silidianin, silichristin, and isosilibinin of which silibinin is the biologically most active compound and used for standardization of pharmaceutical products. The pharmacological profile of silymarin has been studied carefully and it was discovered that it contains some hepatoprotective properties, that is, qualities that protect the liver, which was then investigated both in vitro and in vivo. The experimental studies showed that Sikymarin functioned due to its antioxidant and free radical scavenging properties, improvement of the antioxidative defense by prevention of glutathione depletion, and antifibrotic activity.

The Japanese Traditional medicine is also known as Kampo which has its beginnings in Japan and China has gotten a series of clinical reports from studies carried out when it was used to treat liver diseases. For example, TJ‐9 (Sho‐saiko‐to), a mixture of seven herbals, has been studied extensively in vitro and in vivo.

Clinical data on the efficacy of TJ‐9 in liver disease have been produced on large scale and have been able to show that patients who tested positive for hepatitis B surface antigen and got the TJ‐9 extract together with standard interferon for 5 years and had a significantly lower HCC occurrence when compared to patients who had not been given. Therefore, it was concluded that the therapeutic effect of TJ‐9 or its major active ingredients baicalin/baicalein in the treatment of viral or metabolic liver diseases is very essential and valuable.

Phyllanthus contains phyllantins, hypophyllanthins, and several polyphenols for which data indicate interference with the hepatitis B virus (HBV) life cycle. Clinical trials with Phyllanthus species in patients with chronic HBV infection were recently reviewed in a Cochrane analysis.7 In total, 16 trials with 1326 patients were included of which 15 trials tested Phyllanthus in combination with other antivirals, whereas 1 trial tested against a placebo.

The combined results showed that Phyllanthus species had a favorable effect on HBV DNA levels and hepatitis B e antigen seroconversion when given together with conventional antivirals. A second Cochrane meta-analysis examined five clinical trials comparing Phyllanthus species with antiviral drugs (lamivudine, interferon‐alpha, and thymosin) in patients with HBV and found no superior effect from Phyllanthus. Although no trials with entecavir or tenofovir have been conducted yet, Phyllanthus could be an interesting candidate for further testing in rigorously designed trials with clear endpoints.

Glycyrrhizin is an aqueous extract of the licorice root Glycyrrhiza glabra which has been applied to traditional medicine to get rid of bronchitis, gastritis, and jaundice. The major components of this herb are glycyrrhizic acid, flavonoids, hydroxycoumarins, and beta-sitosterol, the latter with probable glucocorticoid and mineralocorticoid properties.

In Japan, a standardized extract containing glycyrrhizin, cysteine, and glycine is an established treatment for chronic hepatitis as Stronger Neominophagen C (SNMC). A daily dose of 80 mg/day was given intravenously for 2 weeks normalized elevated aspartate and alanine transaminase. SNMC is also available over-the-counter in the United States as a liquid, powder, and tablet.

In cell culture experiments, glycyrrhizin modifies glycosylation and blocks sialylation of hepatitis B surface antigen (HBsAg), leading to its retention in the trans-Golgi apparatus. Glycyrrhizin counteracts several forms of experimental hepatic injury and partially inhibits the activity of 11-beta-hydroxysteroid dehydrogenase, prostaglandin E2 production by macrophages, and may have antioxidative properties through the induction of glutathione-S-transferases and catalase.

Some evidence points to an antifibrotic effect in the rat CCl4 model, possibly through inactivation of NFκB. Although there is no strong proof to show the antiviral activity of glycyrrhizin, and experimental evidence shows a membrane-stabilizing effect as proposed by a study using an in vitro hepatotoxicity model.