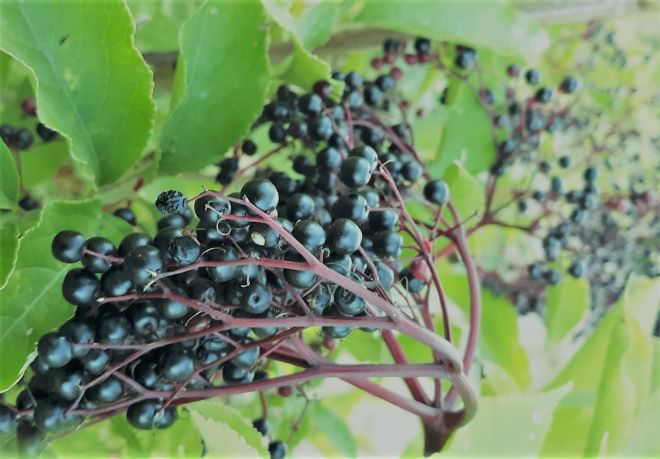 10 Clinically Recommended Herbs That Kill Viruses In The Body

Viruses are obligate intracellular parasites that cannot be seen with regular microscopes except electron microscopes and require a living susceptible host cell to survive and be active in order to carry out their replication process and multiply. The world of medicine would be incomplete without the use of herbal plants and remedies. There are many ways in which different varieties of herbal plants are used today to cure many viral diseases.

Many years ago, in the medical field, microscopes were not available to differentiate between diseases and infections caused by bacteria and those caused by viral particles. But today, different types of microscopes are available to make it easier to assist in differentiating these disease-causing microorganisms making it much easier to diagnose and know what kind of treatments to proffer.

Some might wonder how it is possible to know how these herbs can be trusted to treat viral diseases. A very recent method of determining if a  herb is antiviral is to test it against viral cells in a laboratory. These tests are called in vitro, meaning they are not conducted in a living body. In vitro studies or studies that make use of plant constituents that have been isolated are not bad in themselves. But where the problem lies is when people jump to conclusions about certain things said which have not been proven by research.

For instance, if an in vitro study was carried out using a plant extract that has been isolated, and it began to show positive results, it might be wrong to assume that these same herbs will have the same effect when used to cure the same ailment in a human. This could be due to many reasons such as the concentration of the dose needed to carry out that effect in a human might not be possible to get, also, the human body might not be able to process the herb rapidly and in some cases, high doses of the herb might have some toxic effects which could later be listed as side effects.

Natural products such as herbal plant extracts such as those used in Ayurveda or Indian traditional medicine, plant-derived compounds which are also known as phytoconstituents, extracts of specific parts of the plant like the roots, stem, bark, flowers, fruits, and seeds, dietary supplements and nutraceuticals have all been used in different ways for the treatment of ailments which range from common to rare infectious and non-infectious diseases.

It is always advisable to consult a doctor for clarity to be sure which kind of treatment will be more effective for each person’s body. The following is a compiled list of some very well-known traditional plants, as well as their uses in the treatment of viral ailments.

The common black elderberry also known by its botanical name as Sambucus nigra, has long been used to reduce the length and severity of flu symptoms in various studies. Taking 60 ml a day for adults and 30 ml for children helps to provide full recovery, in just about three days. Elderberry extract binds to the tiny spikes on a virus protein that are used to pierce and invade healthy cells and destroys them so that the virus is ineffective. Elderberry may also be effective against the herpes simplex virus and some HIV strains but enough research has not been carried out to prove these claims.

Echinacea is a herb well known for its ability to boost the immune system thereby strengthening it. Echinacea also possesses anti-viral properties which have direct effects on colds and viral bronchitis. During preparations, both roots and the flowering tops are involved as they are the most effective at helping the body resist the viruses.

Elderflower is one of the best and mise preferred herbal medicines and treatments for handling a healthy fever process. This is effective when an individual has rising temperatures, is restless, but not sweating. Elderflower helps to relax and open the capillaries. This allows for heat to escape. Elderflower is also commonly taken at the onset of an illness. For example, in the 1930’s it was said that Elderflower was very effective in the treatment of the influenza viruses in the early stages of the viral infection. To confirm the claims made by these herbal medical practitioners, scientists carried out an in vitro study that proved that elderflowers contain immune-modulating constituents.

Yarrow with the botanical name Achillea millefolium has been observed to possess the ability to remove harmful toxins from the body in the form of sweat when taken as a hot tea. Just like Elderflower, Yarrow serves as a powerful tool for treating and allowing the fever to run through when an individual is hot, restless but not sweating. Elderflower functions by promoting circulation to the periphery, dilating capillaries, and letting heat escape through the skin.

But it is very different from Elderflower on the basis of taste and the mode of mechanism based on how they function. From modern science, in vitro studies have discovered and shown that yarrow might have the ability to inhibit viral replication. It’s is important to note, however, that Yarrow should be completely avoided by pregnant women.

Fresh rosehips are famous and quite valued for their high Vitamin C content, on the other hand, rose hips that have been dried have been said to contain antioxidants that assist in the regulation of inflammation. Rosehip possesses soothing qualities which can be effective in the treatment of sore throats and can be consumed by anyone since they have a really nice taste.

Glycyrrhizin is a substance contained in licorice that assists in the inhibition or reduction of viral replication in a viable cell by preventing them from being able to penetrate the cell and attach themselves to carry out the replication process. It has been claimed and observed to be effective in the treatment of many viral causative agents such as strains of HIV  and viral diseases such as hepatitis.

The olive tree is a plant well known for its beauty and elegance and is found mostly in the Mediterranean region. The tree has the ability to survive for hundreds of years and the leaves of Olive trees contain substances known as elenoic acid and calcium elonate. These two substances have been identified as powerful inhibitors of different kinds of viruses in laboratory tests, such as influenza, herpes, polio, and coxsackie viruses. These substances function by blocking the production of enzymes in the viruses that aid their replication in the host cell.

Pau darco known to some individuals as lapacho or as ipe roxo to some others is a tree found majorly in the Amazon. The inner bark of this wonder tree has been confirmed to possess healing capabilities and is able to treat viral infirmities such as colds, influenza, herpes, and viral stomatitis. Quinoids are compounds found in the Pau d’arco plants, these inhibit or interrupting the viral replication process. It does this by damaging the DNA and RNA inside the viral protein that would have been utilized by the virus to attach and insert itself in a healthy human cell to replicate.

St John’s Wort with the botanical name Hypericum perforatum is a herbal plant well-known for its ability to treat depression and neuralgia but it does much more more,  it possesses very effective antiviral chemicals called hypericin and pseudohypericin. These two chemical compounds help to fight off viruses which usually have the tendency to replace and imitate already existing cells in the human body such as Herpes, HIV, and Hepatitis C.

The mint which is often consumed in form of tea is known as a natural relief and remedy to symptoms related to cold and flu or influenza. When mint is consumed hot specifically, it helps to neutralize fever in a healthy way by allowing the fever to take its course while taking away the tension and pains or aches that might mildly affect the individual.