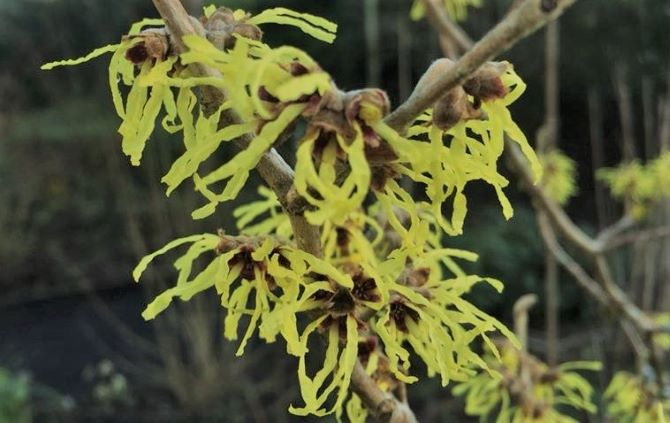 Hemorrhoidal venous cushions are normal structures of the anorectum and are always present in humans except if it has been removed previously. They are very rich in blood supply thus they are highly sensitive and have the tendency to engorge and prolapse. The symptoms range from mildly bothersome, such as pruritus, to quite concerning, such as rectal bleeding, and while it is a common condition diagnosed in clinical practice, many patients are too embarrassed to ever seek treatment. Consequently, the true prevalence of pathologic hemorrhoids is not known.

Today whenever a patient lays a complaint of having an anorectal issue, doctors, physicians, and medical practitioners all diagnose it as being hemorrhoid, thus creating a confusing situation since hemorrhoids are now referred to both as a normal anatomical structure and a pathological structure.

Here are some herbs that can be used to treat hemorrhoids These herbs not only help to reduce the excess pain which people face in piles, but they also reduce inflammation effectively.

Witch hazel is very effective in easing the two major symptoms of hemorrhoids which are pain and itching as well as reducing inflammation or swelling since it is a natural anti-inflammatory herb.

Witch hazel can be gotten in the form of liquid and applied to the surface of hemorrhoid directly. It is also an ingredient in commercial products such as anti-itch wipes and soaps.

Aloe vera is one of the oldest herbs that has so many herbal uses and has been used for generations. The gel has also been used and found effective in the treatment of hemorrhoids. Due to its anti-inflammatory properties, it also helps reduce swelling and relieve pain and itching as well as irritation caused by this disease. Although there is not enough clinical evidence on the effectiveness of aloe vera gel for hemorrhoids, the list is likely very safe for topical use.

Although the gel is also a major ingredient in many commercial products, use only the natural and undiluted aloe vera gel for the treatment of hemorrhoids by taking it from inside the aloe vera leaves after cutting them out.

For those who are usually allergic to some herbs such as garlic, onions, and aloe vera, they can test if they are reactive to aloe vera as well by rubbing a very small amount on their forearm and waiting for a day and a half. It is safe to use if they do not notice any reactions.

Although it is also not fully proven, some individuals have stated that the anti-inflammatory properties of this essential oil could help in the reduction of swelling and itching caused by hemorrhoids. Some researchers have even found out that a gel that has tea tree oil as an ingredient helps in decreasing hemorrhoids. But these have not been backed up properly with enough studies.

Aesculus hippocastanum is also known as horse chestnut and originates from the countries of the Balkan Peninsula. They grow very large – having a height of up to 36 meters with very rapid growth and have a large showy array of flowers and is thus grown all around the world because of their beautiful properties.

Flowers are white or pink with a small red spot. Leaves are large, consisting of either five or seven leaflets and the fruit is round with a thick, green, spiny husk containing a glossy brown seed (chestnut or conker). While the common name for the tree is horse chestnut, it is also known as buckeye, and like other buckeyes, is a member of the Hippocastanaceae family, rather than the chestnut family (Castanea).

The name, horse chestnut, is believed to be derived from the brown conkers that look similar to chestnuts and because a horseshoe-shaped mark (complete with spots resembling horseshoe nails) is left on the twig when the leaves drop off in autumn.

The importance of onions as a source of natural treatment for hemorrhoids is enormous. Add about 60 grams of sugar into finely rubbed onions (about 30 grams) in water and give the patient to ingest twice a day. Onion is also useful in the treatment of dry piles. A crushed onion, skinned and roasted in aches, may be applied with beneficial results.

The plant Bergenia ligulata is a chief botanical source of pashanbheda drug used in the indigenous system of medicine and incorporated in medical texts and material media. It is a perennial, climbing plant that grows well in moist and shady areas, especially in the foothills of the Himalayas and the Khasi hills Assam. The stems show thick, ovate and bright red leaves seasonally.

Many natural treatments for hemorrhoids or piles have been discovered and have been in use for ages, and interestingly, the use of herbs is one of them. The use of herbs in treating hemorrhoidal venous cushions has proved to be a very competitive alternative to the modern and present surgical methods.

Another good thing or benefit of using herbs is that they treat diseases such as hemorrhoids or piles without causing any side-effects to the patient. The intake of these natural herbs along with a good diet can eliminate several concerning issues caused by digestive disorders. Many well-known physicians today also recommend the use of natural herbs where possible and available.