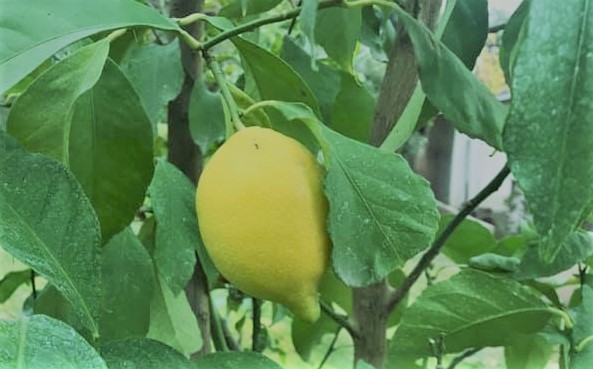 You Can Use Any Of These 9 Herbs For Malaria Treatment

Malaria, a disease caused by 5 blood-sucking parasites of the Plasmodium genus which are Plasmodium falciparum, Plasmodium ovale, Plasmodium malariae, and Plasmodium vivax, and finally, Plasmodium knowles has become a serious cause for concern all over the world and even a major epidemic in several countries in the world especially those in the tropical areas of the world.

Plasmodium falciparum and Plasmodium malariae are the 2 major parasites that cause the disease with Plasmodium falciparum being the deadliest. Malaria holds the record of killing people fast as well as in large numbers in just a short period. This greatly affects pregnant women and children under the age of 5 as well as severely immunocompromised individuals or those with blood-related genetic diseases since it is a major cause of death in all these. The economy of the countries that are greatly hit by this disease is always hit and affected negatively because they come to lose millions of dollars while trying to treat or even prevent the disease, malaria.

There are ways one can protect themselves from malaria. This can be done by eliminating or avoiding the major and leading causes of malaria. For example, since the parasite is found in the blood, during blood transfusion of blood that has not been screened properly, it can be transmitted to the individual receiving the transfusion. It could also be passed on throughout organ transplant, a pregnant woman who has not treated herself properly for malaria will transmit it to her unborn child. Also using syringes of an infected person could infect a healthy person.

As has always been saying there is no cheaper and better and wiser way to handle the disease, endemic, or epidemic except by preventing it. There are many ways to prevent malaria from occurring. The major thing is to destroy the breeding sites of these insects. They love to breed in stagnant waters like lakes and gutters as well as little puddles of water that are found in many residential areas. Also, malaria can be prevented when mosquito repellant drugs are used as well as mosquito nets are used to avoid mosquitoes coming in contact with an individual. Finally, preventive anti-malarial drugs abound each created for specific types of malaria parasites that infect individuals.

Apart from the various and numerous drugs available for treating malaria, traditional herbal medicine has discovered so many plants and roots that have proven to be very useful and effective in both the treatment and prevention of malaria irrespective of the species of Plasmodium causing it. These herbs are easily available especially in areas within the tropics and are so easy to make, use, and cheap to purchase. Some of these homemade remedies include:

The cinchona tree is the plant from which Quinine is extracted from. For over many centuries, even as early as the 17th century, this compound has been known to be a very potent antimalarial agent. Ever since then, it has gained popularity all over the world and this tree has been planted for the use of its bark to extract Quinine all over the world as well. The first drugs produced with this tree were Primaquine and quinacrine just after the first World War. Chloroquine which is the most popular drug for treating malaria among some countries in West Africa just like Nigeria was produced in 1934. It remains the cheapest and most preferred choice of treatment for many living in the area although the side effects can be too severe for some others.

Interestingly, grapefruit also contains quinine as a compound in it which has the power and ability to neutralize the effects of malaria and the parasites in the body. While eliminating the parasites, it boosts the immune system further. Grapefruit is also a source of Vitamins A and C as well as some carbohydrates. It also is a very effective antioxidant useful as a home treatment for malaria. To get the quinine from grapefruit, all that needs to be done is to boil the grapefruit in water overheat.  A malaria patient would do well to consume grapefruit and grapefruit juice to conquer the disease.

Cinnamon is one of those home-made herbs that are used not just for culinary purposes but for the treatment of some maladies such as malaria. Cinnamaldehyde is a compound found in cinnamon which is a great anti-inflammatory agent. It also makes body aches associated with malaria feel better. Cinnamon should be boiled with water and mixed with honey before taking it. It also takes care of some other symptoms like loss of appetite, cramps, nausea, etc.

Holy basil is common and popular for its ability to treat and ease the effects of inflammation and pains in the joints. Holy basil has been used in so many ayurvedic medicines and treats many illnesses of which malaria is one of them. This Basil extract is taken as a tea or boiled with water and mixed with honey and taken by an individual who is down with malaria.

Alum is more effective as a preventive measure than a treatment. For some, when they begin to feel some symptoms or see some signs they immediately become aware that their body is about to come down with malaria or fever. A teaspoon of Alum powder can be taken before the fever begins and two teaspoons should also be taken after the fever has subsided a bit in a dry, roasted, and powdered form. This herb will provide great relief to the effect of malaria on the body.

These are nuts that contain seeds with amazing medicinal properties. Fever nuts break malaria fever and boost the immune system. This herb effectively treats the symptom of malaria and helps in curing the person suffering from malaria fever by reducing the soaring body temperatures. Fever nuts are one of the best home remedies that can be used against malaria symptoms. This is one of the best home remedies one can do to prevent malaria.

For many, when they begin to come down with the malaria disease, they begin to feel symptoms and signs like nausea, fever, body ache, and loss of appetite. Gingee possesses qualities that help to reduce the effects of such signs and symptoms mentioned earlier. It could be drank as a juice or used to cook as a spice in stews6and soups. Since it can be found in almost every home, it is a great choice to use in beating malaria all thanks to its antibiotic properties.

Lime and lemon belong to the citrus family and are sometimes interchanged for each other. But when these two fruits are combined they form a formidable herb. It works to reduce the different types of malaria fever. About 4 or 5 drops of lime added to one lemon fruit dissolved in water should do the trick.

The Chirayata is a herb known by just a few people and is very useful for the treatment of periodical fevers associated with malaria. It works by regulating the body’s temperature that is, bringing in a balance to the body temperature of the individual affected.

Malaria is transmitted when a female anopheles mosquito bites a susceptible host and passes the parasite, Plasmodium into the bloodstream of the individual from its salivary glands where the parasite begins to multiply and multiply over and over again. Then after a while, like approximately 2 weeks, they begin to feed on and attack the red blood cells causing them to erupt and then they release more since they have multiplied into the bloodstream. Since it is blood-related, this makes it very deadly and every year thousands of people die from malaria especially in the underdeveloped countries of Africa.