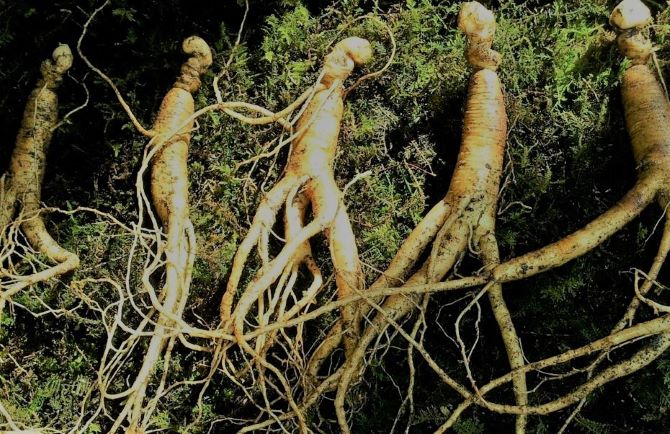 Cancer is a very common type of disease of critical medical importance in which cells of tissues begin to multiply and proliferate uncontrollably in a very rapid way many times. Treatment of cancer as of today is done majorly by the use of cytotoxic drugs, radiotherapy, chemotherapy, and surgery.

Traditional treatment of cancer is now being recognized in recent years and many plants have been discovered to be effective in the treatment and prevention of cancers such as colon cancer. These medicinal plants and herbs such as grape, soybean, green tea, garlic, olive, and pomegranate contain components discovered to be bioactive, and studies to understand their various mechanisms of actions are being undertaken.

For example, when grape, soybean, green tea, garlic, olive, and pomegranate were studied in particular research, it was discovered that these plants were the most effective against colon cancer. Although other fruits, seeds, leaves, and plant roots were used for both in vitro and in vivo tests, only these stood out. It was concluded that if these herbal plants could be purified better and their anticancer compounds better utilized, it could be the perfect alternative and efficient way for controlling and in the treatment of colon cancer.

Herbs That Treat The Growth Of Colon Cancer Cells

Many herbs found in different parts of the world such as Garlic, Ginger, Tumeric, Thyme, Rosemary, Sage, Spearmint, and Peppermint have the ability to inhibit the growth of colon cancer cells. Most of these herbs are also spices used for culinary purposes and are easy to find, locate, and use. Below are some common ones:

Garlic is well known for its antimicrobial activities and contains a very much amount of minerals such as sulfur and selenium and plant chemicals such as allicin and flavonoids all of which have great impacts, benefits, and advantages to good health. It is thus able to protect against substances that are able to cause cancer by blocking the formation of such cancer forming substances.

Apart from that, it also has the ability to stop the substances that cause cancer from being active or activated, repair damaged or weakened cells, reduce the rate of proliferation of cancerous cells, and even prevent cell death. It has also been advised that adults consume at least a daily dose of 2 to 5 g or one clove of fresh garlic, amongst its many health benefits, a study has shown that consumption of garlic regularly can help in reducing the risk and dangers if developing various forms of cancer, most particularly the gastrointestinal tract kind of cancers and leukemia

Ajoene, one of the prominent compounds found in garlic, has displayed the quality of being able to stop proliferation as well as the ability to induce apoptosis of humans leukaemic cells thereby standing in as an antileukaemic agent for acute myeloid leukaemia therapy. The apoptosis activity of ajoene takes place through the mitochondria-dependent caspase cascade by a significant reduction of the antiapoptotic Bcl-2 that results in the release of cytochrome C and the activation of caspase-3

Interestingly, other food plants that belong to the same family as garlic also have some cancer preventive abilities. These food plants include onions, leeks, scallions, and chives.

The antioxidant compounds also known as phenolics found in Olive oil are accountable for the ability for olive oil to be a source of prevention of cancer by providing antioxidant effects. Olive oil also contains a series of chemicals with the ability to stop the proliferation of cells. These chemicals might function by inducing the release of bile acid and at the same time increasing the production of enzymes that regulate the turn over of cells in the intestinal lining thus promoting healthy tissues.

Ginseng tea is a herbal root that can boast of so many studies to its name. Ginseng root can be found all over the world readily in the form of tea and extract form as a beverage tea.  Under the guidance of a knowledgeable clinician, ginseng root has been traditionally used as an herbal medicine for different uses and applications in the medical field.

There are various species of this highly valued ginseng root herb that work perfectly well for the reduction of the proliferation of colon cancer cells, causing an increase in their death also known as apoptosis, and then acting as a very effective protective anti-cancer anti-oxidant.

Ginseng roots such as Panax ginseng and Panax notoginseng are often gotten from Asia. Some are also gotten from America such as Panax quinquefolium. These two sources of ginseng both exhibit the property and ability to be effective anticancer antioxidant agents.

Rosemary, a well-known herb prized for its culinary uses and superb use in the medical field is greatly valued by those who know it well. It is an aromatic and highly effective and potent antioxidant that contains compounds such as terpenes, phenolic acids, and flavones which are very good for treating nervous and colon cancer.

Although it has a slightly bitter taste, it is a very warm herb and is best suited for colder seasons. Rosemary increases the ability to be cognitive as well as heightens the memory and helps one stay alert giving that mental feeling. If for some reason one is unable to consume rosemary, probably because of its bitter taste, there are other ways it can be used such as making use of the Rosemary essential oil and diffusing it in the space or better still, simply inhale the scent directly. But if one is able to consume it, it can be added to cooking by making use of both the fresh and dried leaves dipped into either olive oil or vinegar, or combined with salt for an herbal seasoning. It could also be consumed in form of tea or as a drug in form of a tincture or capsule.

Sage is a spice used for cooking with a very deep and intense scent. It has been believed that sage has the ability to heighten the senses thus increasing knowledge and d rate of learning through the uses of the senses. And for this reason, it is said to improve and aid in the treatment of Alzheimer’s disease. In 2017 a study was published that implied that some compounds found in the sage plant have the ability and were advantageous in the improvement of cognitive and neurological function as well as colon cancer.

Turmeric, an age-long old spice also contains compounds such curcumin which has the property of not just being an antioxidant but also having anti-inflammatory abilities both of which are needed and important for the overall body and health of the brain.

The ability to boost the health of the brain and thus preventing Alzheimer’s disease is one of the primary functions turmerics has on the body. It does this by clearing and cleansing the protein fragment of the brain called beta-amyloid because the buildup of this protein fragment leads to the formation of brain plaques linked to Alzheimer’s disease. Turmeric may shield brain health by inhibiting the breakdown of nerve cells in the brain and also preventing the formation of cancerous cells.

Turmeric is a key ingredient in curry powder, which typically also includes such spices as coriander and cumin. For people who are unable to consume turmeric directly, it is easier to do so by adding curry powder to it for stir-fries, soups, and vegetable dishes. Include a couple of dashes of black pepper to enhance the absorption of turmeric.