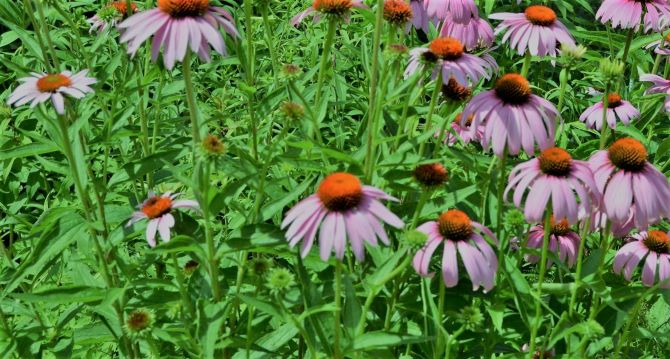 A boil is a skin condition that is often characterized and identified as an itchy, red lump that is accompanied by a lot of pain. When touched, boils usually feel sore and within 24 hours of appearance, the lump created on the skin becomes filled with pus and becomes yellow with a white tip. The skin area surrounding the boil may get inflamed as well as or the lymph node around the area such as the neck, armpit, and groin areas might get swollen

Parts of the body where boils appear most often include parts where more friction between the skin occurs, parts that sweat the most, and very hairy parts of the body. Some of these places are the neckline which receives a lot of sweat and had friction at times, the face which also receives sweat, the armpit which receives a lot of sweat, is hairy and sometimes gets friction, and of course, the butt crack which gets sweaty and has a lot of friction.

A boil that appears to have several heads that are quite visible is often referred to as a carbuncle. Also, boils could appear and or occur in much milder forms and these are called folliculitis. Folliculitis is an infection of the hair follicles, and often cause more itching than pain with an appearance like that of acne pustules.

But all in all, different forms of boils have been treated by many individuals very easily just staying at home. These individuals have made use of alternative treatments such6as the use of herbs which are well known to have some properties that might ease the effects of these boils on the body. Some of these herbs that treat boils include :

Echinacea angustifolia is the first on the list because of its amazing effects and benefits in the treatment of boils. This herb is quite well known for its effectiveness in boosting the immune system in order to resist and overcome infections. And for those who suffer from recurring boils, it is very useful in its homeopathic form.  People who need this remedy typically feel sickly, lethargic, achy, and chilly.

This essential oil has strong antimicrobial properties which can assist in the treatment of the bacterial infection causing the boil. Tea tree oil has a burning effect on the skin and should not be applied directly, but it can be used by taking 5 drops of this oil and mixing it properly with a teaspoon of coconut or olive oil. Place this mixture on a sterile cotton swab and apply it to the area two or three times daily until the boil is gone completely.

Turmeric which is another herb well known for both its culinary properties and healing abilities is considered a miracle herb found almost everywhere in the world today. Turmeric is beneficial in treating heat boils. Just add a teaspoon of turmeric to a glass of warm milk and drink it. It is advisable to drink this turmeric milk two to three times daily. If drinking turmeric does not go down well with your body, you could consider applying the mixture of turmeric and milk on the boil as a paste. This even offers a quicker effect.

Garlic, a very powerful and effective anti-inflammation herb found in the kitchen as well could be used ij the treatment of boils as a home remedy. All it requires for this purpose is just grinding a few cloves of garlic into a fine paste. Next, apply this paste directly on the surface of the boil. This paste can be applied as many times as possible during the day until the boil heals.

The functionality of Apple cider vinegar will is to cleanse the boil as well as to disinfect it. The presence of anti-inflammatory properties present in this apple cider vinegar also assists in relieving the redness and the pain caused by the boil. A teaspoon of apple cider vinegar is all that is needed, take it and dab over the boil. It could also be diluted with some water before applying it to the boil. Repeat this several times a day to make the healing process faster.

Onion is a great remedy for heat boils as it contains essential oils that have analgesic, antifungal, and antiseptic properties. Cut a slice of the onion and keep it on the boil. Now, use a cloth to wrap the area. Do this a few times a day and it will clear the boil.

Cumin seed or Jeera is a regular sight in the Indian kitchen and this is because of the many benefits it contains both for beauty and overall body health. For the treatment of boils, cumin functions by drying out the boil and then clearing it off. Cumin also reduces the swelling, pain, and redness of the affected area. Take some cumin seeds and crush them. Now, add few drops of water to the crushed cumin seeds to make a thick paste. Apply this paste to the boil and let it dry. After it has dried out, wash it off. Repeat this a few times during the day to get rid of the boil.

Known to some as the Indian lilac, neem is used for the treatment of many ailments. It has antibacterial, antimalarial, antifungal, anti-inflammatory, anti-carcinogenic, and anti-hyperglycaemic properties. It can be used to cure boils and soothe the skin. Grind a few neem leaves and apply the paste to the affected area. Cover this area with a clean cloth or bandage. Do this twice a day to get rid of the boils.

Causes of Boils and Management

Closely related to boils is an abscess. While boils are caused by bacteria that infect hair follicles and inflame them, occurring where hair follicles are present majorly and growing as big as a baseball, abscesses can occur at almost any part of the body. These two, that is the boil and abscess both become red and filled with pus that emanates from beneath the skin and becomes very painful till the pus gets removed.

Between 10 – 25 days, boils usually tend to heal on their own, but this will not occur until it bursts and the pus drains out which could take at least 5 to 7 days. Do not pick, squeeze or burst the boils to drain the pus yourself, this could lead to the deepening of the infection into the skin which could produce more boils or lead to a worse infected state. If it gets busted or punctured by mistake at home, ensure the area is thoroughly cleaned and sterilized and the hands should be washed properly. But if the boil is so serious and drainage is actually needed, it is best to consult a doctor who is better qualified and will make a small incision on the boil and use sterile gauze to absorb and remove additional pus. This should only be done carefully and in a sterile environment.

Apart from being caused by bacteria, boils and carbuncles have been noticed to develop in individuals with underactive liver, lowered immunity, diabetes, especially when treated by injected insulin, alcoholism or drug abuse, poor personal hygiene, crowded living arrangements, jobs or hobbies that expose them to greasy or oily substances, especially petroleum products. When boils are not due to normal infections, they are called Hidradenitis suppurativa which is a condition that displays boil-like characteristics.