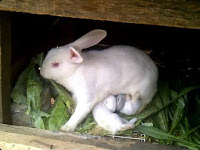 The gestation period is the time interval between the conception period and parturition, that is, the period between the formation of foetus in mature female farm animal and reproduction; we can also call it the period of pregnancy.

Within this period, farmers are expected to carry out some practices to aid parturition. One of these is the preparation of the pen so as to make the new animal comfortable and aid growth.

Aside from the pre-parturition practices the knowledge of gestation period aids, it also helps farmers decide, know when to expand and the expected yield or stock per year.

Some animals can reproduce more than 3 times in a year, while others are just once; knowledge of the gestation period helps greatly for planning and decision making to improve the productivity of the farm.

For this sake, I have compiled a list of gestation period of common farm animals. They are:

The gestation period for cows is 274 days.  Cows have a long gestation period; this means that it takes 274 days for a cow to reproduce after pregnancy has been detected. Also, a cow can only reproduce once in a year, not like other farm animals that can reproduce twice or three times and above in a year.

The average gestation period for ewes is approximately 147 days, ranging from 144 to 152 days. This implies that ewes can reproduce twice in a year.

The gestation period for a rabbit is only about 31 days! Rabbit has the shortest gestation period of only one month or less. Rabbits are prolific animals. They can reproduce up to ten times a year.

As a farmer, the gestation period of your flock should always be at your fingertips. Part of the practices you are to carry out during this period is the preparation of your pen; ensure you clean up and disinfect the pen, provide a nutritious meal to serve the mother and the young animals.

Read also: How To Determine The Age Of Cow, Goat, And Sheep