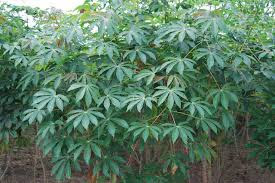 Cropping systems refer to the different patterns of growing or cultivating different crops and the methods employed in the production of different crop during the planting season.
It entails considering the advantages or benefits to be derived by using any of the systems to be mentioned.  These systems have comparative advantages over one another, they are:
1. Sole cropping
Sole cropping is a system of cropping where one type of crop is grown exclusively on a piece of land at normal density. There are two types of sole cropping namely:
• Mono cropping: This is the planting of one type of crop exclusively on a piece of land, harvesting it before planting another on the same piece of land.
• Monoculture: This is the growing of the same type of crop singly on the same piece of land from year to year.
In this system, there is rapid spread of diseases since it is the same specie of crop that is cultivated on the same piece of land. Also, the nutrient of the soil is not properly utilized because the plants will take nutrient at the same level of the soil, thereby, depleting the soil.
However, this system helps in specialization on a particular crop production and also gives room for mechanization.
2. Mixed cropping
This is the cultivation of two or more types of crops on a piece of land at the same time, thereby fully utilizing the land. Example is planting maize with cassava or yam , or banana etc.
Atimes a crop is planted to enrich the soil and the neighbouring plant, e.g planting legumes e.g. beans or groundnut with cereal crops like corn etc. The legumes add nutrient to the soil, thereby improving the soil nutrient.
3. Intercropping
Intercropping is a form of mixed cropping system whereby quick growing and early maturing crops are planted between slow growing and late maturing crops. Example is planting yam and water melon or maize.
The intercropped crop serves as a cover crop for the soil to control weed and reduce erosion.
4. Crop rotation
This is the type of cultivation whereby a piece of land is kept under cultivation every year with different crops on it each year.  This cycle is planned such that it restores nutrients removed from the soil through the planting of another type of soil.
Example is planting of cassava, cowpea, maize and groundnut respectively for four years, with each crop planted yearly. The groundnut and cowpea will replenish the soil nutrient by adding nitrogen to the soil.