FACTORS AFFECTING THE DIGESTIBILITY OF FEED IN ANIMALS 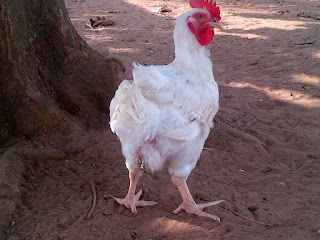 Digestibility of a feed is the ability of  the animal to breakdown or utilized the feed such that it provides the necessary nutrients required for the animal growth.
Feeding is an essential aspect of animal production. It is said to be about 70% – 75% of the total cost of production. Many farmers think when the animal eats, it production increases. However, this is not always true. When an animal readily eats a feed, it means the feed is palatable. It is imperative on all farmers to ensure the feed given to the animal are digestible because it is when the feed digests, it releases nutrient present in it to nourish the animal.
The utilization of a feed greatly depends on the digestibility of the feed because feeds are utilized when they digest and provide the necessary nutrients intended for. The digestibility of a feed can be influenced by the following factors:
• FEED COMPOSITION
The composition of a feed determines its digestibility, basically feeds are divided into two namely Roughages and Concentrates. Roughages are feedstuffs that are high in fiber content and naturally high in energy while concentrates are feedstuffs that are low in fiber and contains all the required nutrients for animal growth. Simple stomached animals like poultry birds etc., cannot utilize roughages due to their high fiber content thus, decreasing its digestibility greatly and rendering it unproductive. However, ruminant animals like cattle, sheep etc.can utilize roughages very well by the virtue of the four compartments of their stomach. Roughages are highly digestible in ruminant animals but low in nutrient, thus, roughages are basically served as supplement feeds.
Concentrates are well utilized by poultry birds and rabbits.
• RATION COMPOSITION
A ration is the adequate amount of feed sufficient for an animal with a period of time. The nutritional composition of this feed matters a lot, this must be balanced so as to serve its purpose which is enhanced when digested well. The crude protein and  energy must be greatly considered likewise vitamins and the micro and macro minerals.
• MODE OF FEED PREPARATION
The processing of feedstuff to finished feed for animal consumption needs to be properly managed to enhance optimum digestibility in animal system. During processing, most of the needed nutrients are denatured or reduced in terms of quality, thus, making the nutrient unavailable therefore affecting the digestibility of the animal.
Also, the particle sizes of each animal feed have to be uniform at the end of the processing to aid easy digestion and pleasing to the animal. The particle sizes of chicks feed should be different from that of growers feed. The quality of a feed greatly depends on the mode of preparation, also, the digestibility of a feed depends on the quality of the feed. Conversely, the mode of preparation of a feed determines the digestibility of the feed.
• ANIMAL FACTORS
Undoubtedly, the state of an animal determines the rate of feed digestibility. Sick animals digest feed poorly, likewise younger animals due to their immature digestive system. Before feeding animals, their physiology state has to be considered because. When an animal is physiologically degraded, it poorly utilize feeds.
Feeding an animal is essential but the digestibility of a feed is more important. To know if the feed given to the animal is well digested, change in are observed in the animal. Productivity is increased and the animal is fit physiologically.

WOULD YOU LOVE TO RECEIVE REGULAR POSTS FROM THIS BLOG?

THEN, SUBSCRIBE BY DROPPING YOUR EMAIL IN THE SUBSCRIPTION PANE BELOW