ELEVEN (11) FARMS YOU CAN VISIT TO LEARN MORE ABOUT FARMING.

Agbabiaka AbdulQuadri October 12, 2016 1 Comments AgriBusiness Guide
Undoubtedly, agriculture has been a gold mine for some high profiled Nigerians, owing to the level of the input and output the farm operates. These farms are highly mechanized and a good place to be for any individual, students or agricultural firms to learn the latest innovation and good experience about any aspect of farming.
1.      MAIZUBE FARMS 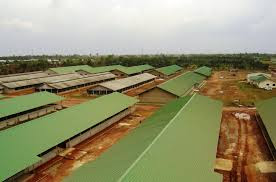 Maizube farms is also one of the prominent farms in Nigeria, this farm belongs to General Abubakar Abdul Salam, a former head of state in Nigeria. He has a stake in the Nigerian agricultural sector, the farm caters for the food needs of many Nigerians today.
The 500-hectare multi-product farm has both livestock and crop sections and today, it is proudly one of the stable sources of crop and animal products upon which Nigerians depend for food and other uses. This farm also operates a dairy farm, having different breeds of dairy cattle, where fresh milk are produced and sold. This farm is the house of fresh juice and food produce. The farm is a fully mechanized farm.
Full address:
Km 26, Minna-Bida Road,  Niger,  Nigeria
Telephone
+234 66 222618

Sebore farms is another highly sophisticated and mechanized farm in Nigeria owned by Vice Admiral Murtala Nyako (rtd), the executive governor of Adamawa State.
Sebore farm is a farm that deals with cattle rearing and horticultural crops production on a large commercial scale.
This farm runs a sustainable crossbreeding programme of his local cattle with exotic superior sires to achieve very satisfactory results. He also got involved in the production of horticultural crops and his first commercial export using a chartered aircraft, took place in January 1990. Nyako owns the largest mango farm in Nigeria, leading to his being popularly known as Baba Mai Mangoro (BMM). Exotic mangoes from his mango orchard of 50, 000 trees were first exported to Europe in 1993.
Murtala Nyako is the president of the Horticultural Crops Growers Association of Nigeria, the Practicing Farmers Association of Nigeria and the Apex Farmers Association of Nigeria. He is the patron of numerous farmers’ commodity associations in the country.
Full address:
K/m 12, Mayo-Belwa, Ngurore Road, P. O. Box 90 Mayo-Belwa, Adamawa State, Nigeria GSM
Telephone:
+234 806 5109823
+234 708 5768123
3.   OBASANJO FARMS 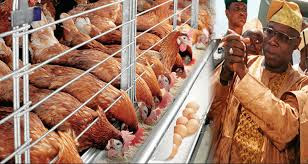 The former president of Nigeria and the present president of the World Ex. Presidents, Chief Olusegun Aremu Obasanjo,   he is a successful farmer. Prior to the commencement of his political career, Chief Olusegun Aremu Obasanjo already runs his farm though at a medium scale but indeed sustainable as said in his book My Watch. He owns the Obasanjo farms at Ota, Ogun State. The large farm was formally opened on October 8, 1979, a week after Obasanjo handed over power to a civilian administration on October 1, 1979. At inception, the farm took off as Temperance Enterprises Limited (Farming Venture). It later became Obasanjo Farms Nigeria Limited.

Talking about highly sophisticated farm infrastructures and machineries in Nigeria, you should be heading to Obasanjo Farms. This farm operates a large scale piggery and poultry production, it is exports eggs to other parts of the world especially Dubai. This farm is the leading producer of farm produce in Nigeria.
The farm has over 300, 000 laying birds and over 60,000 broiler birds, with an hatchery where chicks are bred, in addition to it is two feed mills of three tons per hour each. The large farm, which has up to 7,000 workers started with four bulldozer operators. Today, Obasanjo farm makes over N34million daily. The farm is a good platform of learning and exposure. The farm is situated at Ota, Ogun state. 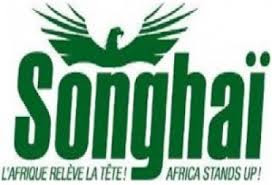 Songhai farms is one of the prominent farms in Africa today, this farm practice an integrated system of Agriculture where all the farm resources are maximally utilized. This farm is a good learning site for anyone who wants to learn about agriculture.
This farm has an Aquaculture sector, Animal department and extensive crop production system. Another fascinating feature of this farm is that, it makes use of Bio-gas for energy generation for the running of the farm activities. Also, this farm sells improved seeds of crops and also has a feedmill where animal feed are formulated. Also it has a processing unit where farm produce are processed into finished good for consumption. This farm is all-encompassing. It has its head quarter at Porto-Novo, République du Bénin. 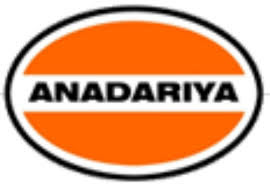 Anadariya farms is a large livestock farm owned by the young and enterprising Usman Dantata Jr., who is married to Rukaiya Indimi, daughter of multi-billionaire Borno businessman Mohammed Indimi. The large poultry farm, which is located in Tiga, Bebeji local government area of Kano State, was started by the late business sage of Kano, Alhaji Usman Sanusi Dantata of the Dantata dynasty, in the 1960s. Anadariya Farms thrived well in poultry produce. For instance, it was noted for exporting poultry birds and eggs to Saudi Arabia twice a week using a Boeing 747 plane.
The commercial operations of the farm include a hatchery, production of broilers and layers, the production of feeds and the processing and sale of poultry products. Anadariya Farms produces above 3, 000 broilers weekly. This is one of Nigeria’s most viable farms, with its growing, diverse agricultural activities.
Full address:
Anadariya Industries Ltd. KM74 TIGA-JOS ROAD, TIGA, KANO STATE
6.      OJEMAI FARMS

Ojemai farms is another modern farm with high level of inputs and making great impact within the nation’s agricultural sector. This farm is owned by Ojemai Holdings. The farm, which is located in Edo State and owned by Sir J.I.A.  Arumemi-Ikhide, the chairman of Arik Air, was established in 1984 with interest delving towards livestock production.
This is a huge commercial producer of broiler, catfish, fish fingerling and other forms of animal produce. The farm has grown to become one of the biggest farms in Nigeria and one of the nation’s prides in the agricultural sector.
Address:
Kilometre 6, Upper Ekenwan Road, Egor, Edo, Nigeria
7.       JOVANA FARMS 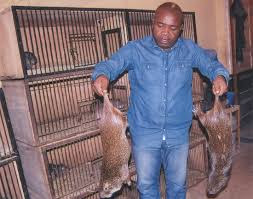 Prince Arinze Onebunne is the managing consultant and CEO of Jovana Farms, located in Mushin, Lagos. Onebunne specialises in the farming of animals such as grasscutters (greater cane rats), rabbits, quail, antelope, guinea pigs and fish, and so on. His high profile level of animal farming has taken him to over 30 states in Nigeria and to other countries as a seminar facilitator, advocate, training personnel and empowerment speaker.
The founder of Jovana Farms is also at the vanguard of modern fish and livestock farming in Nigeria, which is considered a fast growing and lucrative subsector of the nation’s economy today. With his vast experience and engagement in training and mentoring prospective animal farmers, he earns millions of naira not only from sales of animal products, but also from consultancy charges. Onebunne also carries out feasibility research, site survey and farm construction projects, as part of his professional services.
Address:
127, Isolo Road, Mushin, Lagos.
92/94 Park Avenue, GRA, Enugu
Owerri-Aba Exp. Rd; Airport Junction, Umuowa, Ngor-Okpalla, Imo
Telephone:
080 33262 808 / 08029373076 /
080 52168189
8.      ANIMAL CARE SERVICES KONSULT 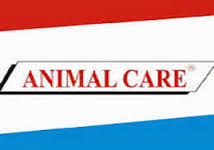 Dr Olatunde Agbato, a veterinary doctor, is the founder and president/CEO of Animal Care Services Konsult. Agbato, a graduate of the University of Ibadan (UI), became a viable player in the agricultural sector with the establishment of the company known commonly by its shortened name, Animal Care. The company has interests in commercial poultry production, commercial livestock feed milling, aquaculture, manufacturing, and procurement and distribution of animal health products. The company also undertakes provision of expert services for people with interest in animal farming, but who lack the know-how.
Animal Care was founded in 1979 and is located in Ogere Remo, Ogun State. The company concentrates majorly on poultry and veterinary services. It has continued to grow and has a subsidiary called Funtuna Farms, which is a poultry farming operation unit. Furthermore, it has a fish farm operation unit.
Agbato has over the years distinguished himself as a veterinary doctor cum farmer. He is a fellow of the College of Veterinary Surgeons of Nigeria; fellow, Farm Management Association of Nigeria; member, International Egg Commission, and has received many awards of recognition. Agbato is, indeed, one of the farmers who have sown under the sun and can now reap their harvests.
Address:
Km2 Iperu Road, Ogere Remo, Ogun State, Nigeria, P.O.Box 4707 Marina, Lagos State
Telephone:
08056290726, 08062170846, 08123539279
9.     NAGARI INTEGRATED DAIRY FARM

Nagari Integrated Dairy is one of the farms currently being operated in the country on a commercial level. It is reputed to be one of the largest single integrated dairy farms in Africa. It covers 1,200 hectares of land and has 7,000 Holstein cattle. In view of the quality of the products it churns out, the claim that it is among the top suppliers of high quality farm and dairy products in Africa is justified.

Over the years, Nagari Integrated Dairy has invested in research and development, and in state-of-the-art dairy farming technology. The company has developed its own proprietary dairy farming expertise and methodologies. This has made it a benchmark for the efficient production
of high quality dairy products.
Address:
Gauta/Nike Road, Gauta, Keffi, Nasarawa State, Nigeria 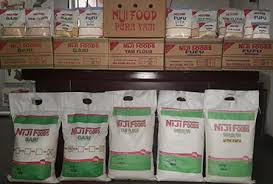 Niji farms is a very big farm located at Okeho, Oyo. This farm is over 5000 hectares. It is own by Engineer Lucas Niji. The farm produces cassava, maize and yam, both as raw materials and finished goods. Different varieties of maize and cassava are put to practice in this farm as it is affiliated to IITA . One interesting feature about this farm is that all the machineries used are designed by Engineer Lucas Niji, the CEO of the farm. Also, this farm produces finished products like Garri, Cassava Paste and Flour.
Address:
Km 1, Komu Road, Ilero, Kajola LGA, Oyo State, Oyo 200285, Nigeria
Telephone
0    08037066261
11. HIGHHILL AGRIBUSINESS DEVELOPMENT CENTRE NIGERIA 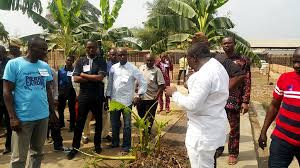 Highhill agribusiness development centre is an agrobased centre where farmers and potential farmers are oriented on how to improve and increase their productivity. Also, highhill has a large farm of plantain, cassava, maize and different vegetables. The CEO of Highhill, Mr Adeniyi Sola Bunmi, is the president of the Nigeria Association of Plantain and Banana Stakeholders.
Address:
8/10 Moringa Close, Klm. 18, Abeokuta/Lagos Expressway, Lala town, beside Bayak filling Station, Along Obasanjo farm Akinjole on Obada Oko road , Ewekoro LGA, Ogun state.
Telephone:
+2348065220074
These farms are places practising and potential farmers should always visit at least once in a year to learn new things about their field.

The Admin 0
Join and participate in the Young Africa Works-IITA project to improve your skill and knowledge on any ...

The Admin 0
Millions of Africa’s coffee farmers have slipped into abject poverty caused by poor prices which are currently ... 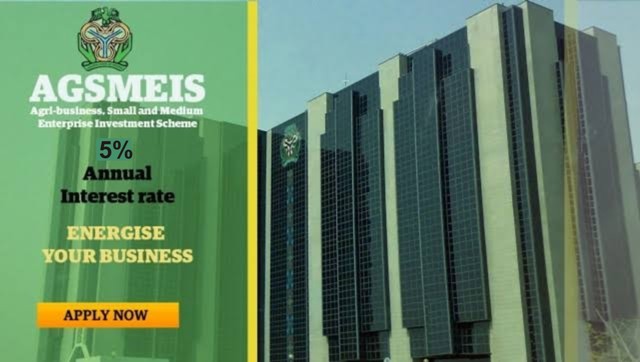 How To Apply For N10 million CBN AGSMEIS 5% Loan

The Admin 2
Do you need an agric loan without collateral? CBN AGSMEIS is the best option you can consider. ...