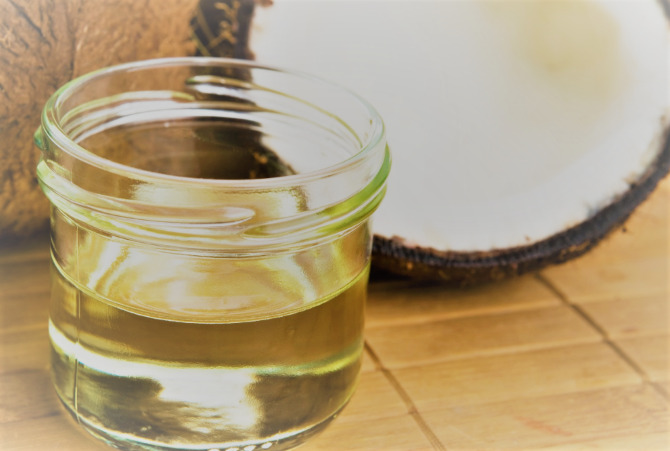 Coconut oil is now one of the most important and popular tools in the world of beauty and makeup. It is now a major ingredient in major makeup products including lipsticks, primers, lotions, and so on. It is best known for its many uses such as whitening the teeth, a healthy culinary ingredient, its cooling and soothing effect on the skin as well as its ability to moisturize the face, thereby hydrating it which is one of its most popular uses. But it is also a great makeup remover. All of these makes coconut oil a great and versatile oil every one must have in their homes.

It is highly valued for removing makeup because it is very rich in omega-3 fatty acids which makes it a very powerful lubricant capable of dislodging and removing makeup particles. Not only is coconut oil safe for cleansing the face, it is also very effective and advantageous for the overall health of the skin because it provides numerous benefits. It is also very effective as a first aid cream.

The best type and kind of coconut oil to be used is actually an Organic, Extra virgin, Cold-pressed, Unrefined Coconut oil. This is probably the most important aspect when choosing and deciding to use coconut oil on the face for whatever purpose or a beauty routine. The quality of the coconut oil is very important and linked to the benefits it will have on the skin. Therefore, it is important to choose only a coconut oil of very high quality. If the coconut oil is not cold-pressed and unrefined, it simply implies that it has undergone some other processes which must have removed some natural oils and some extra chemicals have been added to it which could have a very negative impact on the skin. This is because since the ingredient does have some saturated fatty acids in it, lower-quality coconut oil might be contaminated or poorly purified, which could lead to a dreaded breakout.

With all that has been mentioned it is beginning to look like coconut oil is actually a very expensive oil to purchase. But comparing the costs to other forms of makeup removers and the benefits it offers, it is actually cheaper and better to use. It is definitely worth it to make sure you’re putting the high-quality ingredients on your face plus the high quality of the oil will also leave your skin less greasy and more moisturized.

Skin type has a great role to play when deciding to use coconut oil on the skin. Caution needs to be taken when one decides to include coconut oil in their skincare routine. Not all skin types react well to the use of coconut oil such as very oily skin which could react and are very sensitive to it. So if one with oily skin decides to use it, it is advisable to use it as little at a time to avoid breakouts on the skin.

Reasons For The Coconut Oil As Makeup Remover

1. Coconut oil is very safe to be used on the skin. Apart from that, it also has some antimicrobial qualities such as antibacterial and anti-yeast properties that help keep harmful microorganisms away from the skin and face, especially those that cause acne. It is also soothing and moisturizes the skin, reduces rashes, and is a very good and fast wound healer because of the presence of the level of fat content which is very high in the oil.

2. Coconut oil breaks down or removes ingredients or compounds found in makeup that are not readily removed by water such as some kinds of waterproof mascaras. It does this in the most gentle manner even removing what some chemical makeup removers are unable to remove. It also works faster because you do not need to scrub your face before the makeup comes off.

3. To remove makeup with coconut oil all you have to do is simply rub it all over your face gently in a circular motion unlike the traditional wipes commonly used that need force to remove makeup and tugging at the skin.

4. Coconut oil is way much more affordable and cheaper than other forms of makeup removers such as wipes. It also lasts longer since you use only a small quantity at a time and is also easier to use making you save more money while getting quality and using an organic and less harmful product for your face.

5. Coconut oil also has a great natural aroma and some other fragrances can be added to it to also add to the smell, unlike the other makeup removers.

6. Coconut oil does not clog the pores and hair follicles on the skin. This wonderful oil has been misjudged by some individuals to cause clogging in the skin pores which is definitely not so. Coconut oil is very good for the skin but should be used in small quantities by those with very oily skin types.

Guide On The Use Of Coconut Oil To Remove Makeup

Next, if the coconut oil has solidified, then you need to rub the little amount taken between your fingers to liquefy it. Then you apply on the face using circular motions over the face and especially the eyes and within a matter of seconds, one can feel the eyeshadows and concealers being removed. It is also a good thing to open the eyes and apply over the eyelashes and also, use one finger to apply a bit of oil directly to your bottom lashes, and the underside of the top ones. This helps to remove any remnant mascara that water could not remove and long wear mascara as well as for moisturizing the eyelashes.

Spread the oil over the eyelids and eyes and gently while closing the eyes. The oil on the fingers should be enough to go round the eyes and skin smoothly to avoid causing friction between the fingers and skin around the eyes to avoid injuries. If a little oil gets in the eyes, there is absolutely no reason to be alarmed, since it is neither painful nor does it cause any harm or damage. It is also easy to wash off from the eyes.

After the makeup has been successfully removed, a clean washcloth placed in warm water should be used to wash off the oil and then splash the face with excess water as well. Finally, if you decide to leave the oil on the face overnight to moisturize the face and skin, you could add a little more to the skin surface after washing off the residue or excess as explained above.

In conclusion, with everything said and explained, it can be said that coconut oil is a safe makeup remover to be used. But only if it is a virgin, organic, pure, unrefined, and cold-pressed coconut oil. And as mentioned earlier, always look out for these qualities in any coconut oil you choose to purchase for your skin in other to prevent problems with the skin and reducing the chances of skin congestion.

When used correctly, coconut oil can be a very powerful and effective tool in keeping the eyes and skin, and face in very good condition, and when used to remove makeup, one can feel the coolness and the oil and how the skin gets moisturized almost immediately. If used continually for several weeks, other benefits will be sure to be noticed such as less noticeable wrinkles and luminous lashes.