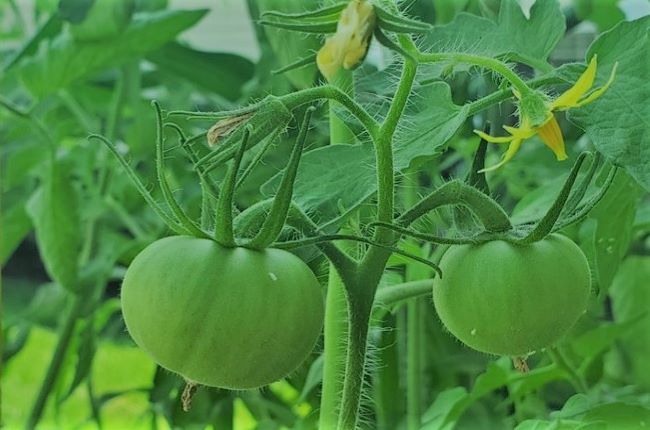 Tomato is one of the widely consumed fruit vegetables; this vegetable is known for its copious benefits in human’s healthy and overall wellness of the body. The cultivation of tomato can be enhanced by fertilizers; natural fertilizers help to increase yield, improve soil properties, and enhance the quality of the tomato fruits after harvest.

This is because the soil you want to plant on may be deficient of beneficial nutrient elements and needed replenishment through fertilization. This is why soil testing is highly recommended before planting tomatoes.

The replenishment of the soil before planting tomato is best done using organic fertilizers. Natural fertilizers are organic products that have been extracted from living things or the earth. They can either be plant-derived or animal-derived. Some examples are mushroom manure, blood meal, bone meal, cottonseed meal, kelp meal, poultry or horse manure, and compost.

Animal sourced materials include both animal manures and residues from the slaughter of animals. Manures are derived from milk-producing animals, egg-producing birds, and animals raised for meat and hide production. When an animal is butchered, only about 40% to 60% of the live animal is converted to market product, while the remaining 40% to 60% are considered as by-products.

Chicken litter, which consists of chicken manure mixed with sawdust, is an organic fertilizer that has been proposed to be superior for conditioning soil for harvest than synthetic fertilizers.

In a study, it was found that algae which are used to capture nitrogen and phosphorus runoff from agricultural fields do not only prevent water contamination by these nutrients but also can be used as an organic fertilizer.

Some scientists originally developed the “algal turf scrubber” aimed to reduce nutrient runoff and increase the quality of water flowing into streams, rivers, and lakes, found out that this nutrient-rich algae, once dried, can be applied to cucumber and corn seedlings resulting  in good growth compared  to when  synthetic fertilizers are used.

Sewage sludge, also known as biosolids, is an effluent that has been treated, blended, composted, and sometimes dried until considered biologically safe. As a fertilizer, it is most commonly used on non-agricultural crops such as in silviculture or in soil remediation). Sludge is unacceptable due to toxic metal accumulation, pharmaceuticals concerns, hormones, and some other factors.

With concerns about human borne pathogens coupled with a growing preference for flush toilets and centralized sewage treatment, biosolids have been replacing night soil (from human excreta), a traditional organic fertilizer that is minimally processed.

A compost pile will produce rich, pure organic matter loaded with essential nutrients and beneficial microbes. It is recommended that a simple compost bin should be piled to help build rich soil.

Tomatoes use lots of magnesium while growing; Epsom salt helps provide tomatoes with the necessary amount of magnesium.

This is a natural fertilizer for tomato that gives them an extra boost, both at transplanting and during the growing season.

It is rich in phosphorous, nitrogen, and potassium, as well as other important minerals such as magnesium, calcium (helps prevent blossom-end rot), and sulfur.

This is an ideal natural fertilizer that can be added as an organic soil amendment at the time of transplanting seedlings. Cottonseed meal is rich in potassium, nitrogen, and phosphorus in a ratio of 6-2-1.

Animal or cow manure is classic plant food for tomatoes, but before application, several things need to be considered. Pet manures should never be used; cat and dog manures are highly toxic, dangerous to humans, and are full of pathogens. Only manure from vegetarian animals such as horses and cattle should be used excluding chicken manure.

Organic Fertilizers Vs Inorganic For Tomato

Because organic fertilizers contain organic material, they improve the soil’s structure or its capability. Soil that is being fertilized with organic matter is easier to work on and allows more air to get to plant roots. The organic material also permits the soil to retain water for long. Finally, the addition of organic substances used in fertilizer increases the bacterial and fungal activity in the soil. Overall, organic garden fertilizer not only helps plants, it improves the soil also.

Organic fertilizers’ biggest strengths are also their weakness. Because organic fertilizer nutrients are slowly released into the soil, they are not immediately available to plants. If there is an immediate need for nutrients, liquid fertilizers or foliar applications might be considered.

Inorganic fertilizers work faster, which can be beneficial or a disaster depending on your garden’s needs. Another disadvantage of inorganic fertilizer is that overwatering or rain can push the chemicals beneath roots where they won’t do any good. Inorganic fertilizers, because they are so rich, can easily burn roots or create a toxic concentration of salts if over-applied.