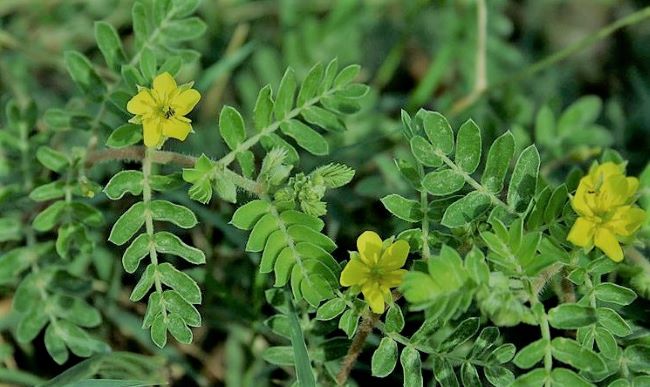 Herbs have been used in Africa for as long as they’ve humans have been in existence. Africans relied solely on herbs before they began to gain civilization and one of the things civilization brought is the use of conventional drugs to cure ailments. And for a while, the African culture of using herbs slowly declined. But now, that culture is coming back because all over the world, people are now looking into the use of herbs for the treatment of ailments because they are less expensive, readily available.

After all, no side effects, can be used as both preventive and corrective measures and last long. In fact, the truth is that over half of the drugs used today are artificial recreations of natural plant-derived chemicals. For example, Aspirin is nothing more than the chemical imitation of salicin, a substance that comes from the bark of the white willow tree.

Adaptogenic herbs are one of those herbs. These are herbs used to support muscle growth by regulating the way the body responds to physical stress. Herbal use nowadays goes beyond using them for culinary purposes. They are no widely used for medical purposes, especially in traditional medicine. While it is very true that without a healthy, balanced, and consistent diet, herbs for increasing muscle will not work well. Also regular exercise routine increases a person’s testosterone levels, leading to improved stamina and muscle mass.

Some traditional herbs useful and very efficient in building muscles include:

This is one of the most popular and very effective muscle-building herbs that can even be found in supplement form and used extensively in Ayurvedic medicine as a health boost especially for men and more effective than other chemical-based drugs. Researchers have discovered that this amazing herb boost men’s performance, gives them more strength, improves their heart condition functions, protects them from respiratory issues as well as working as an adaptogen which greatly brings down the cortisol and boosts testosterone for muscle building and growth.

Shatavari is another Ayurvedic herb for muscle growth that is also categorized as a Rasayana or rejuvenative. Commonly used in reproductive health medication, the herb is of great importance to natural muscle growth supplements because of its positive influence on energy levels and strength. Steroidal saponins in the herb are also known to raise testosterone levels, while high levels of the amino acid asparagine can help with protein synthesis.

Ginseng makes it possible for muscles to build up because it acclimatizes the body to adapt to stress physically. It boosts the energy levels of an individual as well as the general well being of the user. Consistent use of Ginseng and other adaptogen herbs assists bodybuilders to adapt and cope with the stresses of daily exercise with fewer fluctuations in sleep, mood, or appetite.

The goal of every athlete and bodybuilder is to always burn unnecessary fat without losing muscles. Some anabolic steroids produce such effects, but always have a side effect of causing liver damage later on. The natural way to go is by making use of bitter orange. The extract of this herb contains natural plant alkaloids that are proven to reduce fat buildup without muscle loss. These results are attributed to its effect of naturally raising the metabolic rate, which increases calorie burn.

Green tea has rapidly gained popularity all over the world as one of the world’s best herbal drinks for the treatment and prevention of several ailments. This tea is obtained from the unfermented leaves of the Camellia sinensis plant which are then brewed and placed in teabags. This yea contains so many benefits to human health because of its anticancer, anticarcinogen, and antioxidant properties as well as its constituent polyphenol catechins.

The Guarana tree which happens to be a climbing evergreen vine has seeds with a great caffeine content of about 7 percent which makes it very useful for staying mentally alert and overcoming fatigue. This herb also has other important uses such as the treatment of paralysis, headaches, urinary tract irritation, and diarrhea. Guarana is often used as a supplement for nutrition for athletes to enable them to get energized as well as burn fat and also help them recover quickly and perform better.

Also known as Puncture Vine, this great has been in use for a very long time to treat reproductive issues in men as impotence. The tonic obtained from this herb works effectively to increase the testosterone of an individual well as boosts men’s libido and sex drive as well as building muscles in them.